The flood of published material in the name of Rav Soloveitchik, coupled with memories by some authors of “private conversations with the Rav,” began soon after he passed away in 1993 and shows no sign of abating.

Why is a connection to Rav Soloveitchik so important? Why does his significance grow with each passing year?


Rav Yosef Ber Soloveitchik was the descendant of generations of great Talmudic scholars (and the ancestor of a family that keeps on contributing brilliant minds to Torah learning). He was a genius who combined profound and all-encompassing Torah knowledge with scholarship in many other fields, including philosophy. His outstanding mind, character and personality were Hashem’s gift to the Jewish nation at a time when our people needed guidance.

In the nineteenth century observant Jewish communities in Europe faced attacks from the Enlightenment, the Reform movement, and a variety of socio-economic groups, all of whom insisted that Torah learning and mitzvah-observance were irrelevant in the modern world. The age-old conflict blazed between “Be a blessing” – Hashem’s instruction to Avraham, the first Jew, that we be a constructive force in the world – and the effort to isolate ourselves from a hostile, foreign environment. The involvement of what had been considered the most cultured nation on earth in the horrific acts of the Nazis tipped our choice toward isolation.

We needed a scholar who could, with precise Torah sources, teach us how to proceed: not to go under from the sufferings of World War II, not to retreat from the world, but to learn from recent Jewish history. Rav Soloveitchik said that there must be, in his words, “a fourteenth ani ma’amin,” in addition to the Thirteen Principles of Faith: I believe that the Torah applies in every society in every place at every time. Modern thought must be analyzed to confront the newest ideas, to discard what is inimical to Torah, and ultimately to improve our appreciation of Torah.

Great scholars disagreed with him about secular studies and thought our best minds must be devoted solely to Torah. Nevertheless, they respected his learning. Their followers of lesser rank chose to disparage Rav Soloveitchik, but his understanding of human foibles extended even to his critics. He taught and lived with responsibility for every Jew.

Yeshiva University is honoring one of his most important essays with a fiftieth-anniversary publication of Kol Dodi Dofek (“Listen – My Beloved Knocks”). The essay originated in 1956 as an address in Yiddish by Rav Soloveitchik to the Religious Zionists of America to mark the eighth anniversary of Israel’s independence; he rewrote it in Hebrew and it was published in 1961. David Z. Gordon translated it into English and supplied notes, Professor Jeffrey R. Woolf of Bar Ilan edited the translation and YU has published it in time for its Seforim Sale, February 9-26 (see www.soyseforim.org). It is available at Judaica bookstores.

Rav Soloveitchik grapples with the enormity of the Shoah and the miracle of the founding of the State of Israel and what our responses should be to both. He contrasts a life of fate, where one is an object, with the life of destiny, where one is the subject and acts. “We ask not about the reason for evil and its purpose, but rather about its rectification and uplifting. How should a person react in a time of distress? What should a person do so as not to rot in his affliction?” 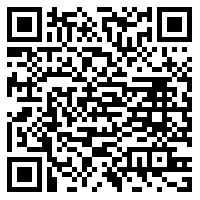