For the last 11 months, I have been involved in the struggle to protect yeshiva education from overreach by New York State’s Department of Education (SED). Recently, I have been imploring people to voice their opposition to the state’s new proposed educational regulations, which amount to an attempt to control yeshiva studies.

During this time, I have also been asked by many why we can’t cooperate with the state’s efforts to reform yeshiva education. The answer is this: We won’t get a fair hearing from the state. The state is motivated by a desire to take control of private school curricula. Its ultimate goal is to force us to adopt a secular, progressive curriculum.


I am not alone in seeing matters this way. The Catholic Schools and Association of Independent Schools have come to the same conclusion. There are 1,800 private schools in New York. Over 1,000 of them – a majority of which are not yeshivos – oppose the state’s interference in our curriculum, schedule, and staffing choices.

Last Tuesday, interestingly, we received support from an unexpected source: an article in Education Next, a publication affiliated with the Program on Education & Governance at Harvard’s Kennedy School of Government. That same day, the New York Daily News featured an op-ed by Ira Stroll, the publication’s managing editor, who noted that the Education Next article is “the product of six months of investigation that drew on five libraries and archives in two states and the District of Columbia.”

Its conclusion? The “current regulatory effort to evaluate the educational offerings of Hassidic Schools seems like just the latest development in a long government push against minority religious education.” Indeed, the article documents a century-long struggle by anti-religion elements in the state to control religious schools.

In his op-ed, Mr. Stroll employs even stronger language than I would dare use. He writes, “Private school parents…are justifiably suspicious of interference by politicians and bureaucrats who haven’t exactly excelled in operating the public schools. Religious school parents tend to view such meddling as motivated less by benign concern for students than by bigotry.”

A second conclusion of the six-month study involves an analysis of yeshiva education. As part of its investigation, Education Next visited two yeshivos that were singled out for criticism by those championing the state’s proposed educational guidelines. They had unrestricted access to classrooms and students. The article still concludes that yeshiva education is, on the whole, superior to that of the public schools.

I was not surprised. Earlier this year, The Jewish Press used the Freedom of Information Act to force the state to provide Regent scores for private and public schools across the state, which clearly indicated the superior performance of yeshivos. It wasn’t even close.

If New York State is interested in improving education, it would do well to focus on its own public schools. Or, as the Education Next article concluded: “If the state does revisit the education laws, maybe it should consider reversing them – requiring the public schools to be substantially equivalent to the religious ones rather than the other way around” (emphasis added). 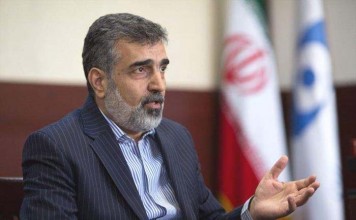