{Written by Itzhak Levanon and originally posted to the JNS website}

Crises with Lebanon are starting to appear on the horizon. For Lebanon, there are two major issues that need to be solved with regard to Israel — disputes over the land and maritime borders.

After the U.N. laid down the border between Israel and Lebanon in 2000 after the IDF withdrew from the security buffer zone, Lebanon rushed to protest the decision, claiming that 13 places along the border — from Rosh Hanikra to Mount Hermon — had remained on the Israeli side even though they belonged to Lebanon, and must be returned. Israel did not agree and began building a border fence along the line the U.N. had determined, thereby creating the crisis on land.

The maritime problem has to do with the 330 square miles of open water off Israel and Lebanon’s shared coastline. It happens to be the source of major natural gas deposits. Lebanon is claiming full ownership and Israel disputes that claim. Both sides have sought U.S. help in solving both matters. Thus far, four U.S. envoys have been dispatched to Beirut with proposed solutions, all of which Lebanon rejected. On his last visit to Lebanon, U.S. Secretary of State Mike Pompeo offered a creative solution that immediately sparked disputes within Lebanon.

Israel is refusing to report details about the Pompeo talks, but the secretary of state’s idea was to treat the two disputes separately, which would make them easier to solve. He suggested, first of all, focusing on the matter of the land border to find an answer that would satisfy Lebanon, whereas the maritime border would be handled separately by agreed-upon mediators. Until the mediation is completed, international companies would be responsible for extracting gas, and the profits would be split between Israel and Lebanon. After the mediation process, both nations would abide by the decision of the mediator.

But the American proposal caused tension between Lebanese Prime Minister Sa’ad Hariri, who supports the two issues being handled separately, and Parliament Speaker Nabih Berri, who is backed by Hezbollah. Hariri argues that the Lebanese economy is in crisis and the revenue from natural gas could help.

Berri and Hezbollah, on the other hand, claim that if Israel were to agree to Lebanon’s demands regarding the land border, it would scupper Hezbollah’s claims that Israel is “occupying” Lebanese territory and the organization would no longer have any use for its large stockpile of weapons. This, the opponents of the U.S. proposal argue, would spark a debate within Lebanon about the need to demilitarize Hezbollah.

The U.S. wants to separate the two matters because doing so would allow it to move Qatari gas to Europe via Israel and Cyprus, without it being exposed to the military threat Hezbollah poses. That would allow the U.S. to strike a blow against Russia, Europe’s largest gas supplier. Israel is keeping mum, but we can assume that these issues were raised in the recent talks with Pompeo, and that the continued production of natural gas in accordance with the U.S. proposal is seen as more important than minuscule adjustments to the border line. 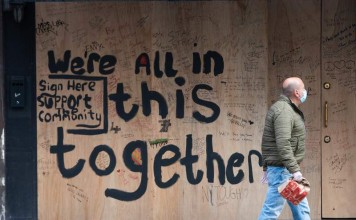 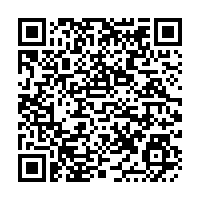