With little political movement and less than two weeks remaining for the Knesset to decide on a prime minister, Israel appears poised to head for an unprecedented third election within one year.

The biggest question hanging over that third election is whether Benjamin Netanyahu can even run for the position of prime minister given the fact that he faces three indictments.  Israeli law allows for someone to continue serving under indictment and says that a prime minister must only step down if found guilty by a judge after a trial.  But it is unclear whether someone can run for prime minister to begin with while under indictment.

Earlier this week, Attorney General Avichai Mandelblit ruled that Netanyahu can remain as interim prime minister, but Mandelblit did not weigh in on the question of whether or not he can be chosen to form a government and become prime minister once a new election is declared.

Prof. Yedidia Stern, vice president of the left-leaning Israel Democracy Institute, told JNS that “it is better for decisions regarding who the country’s leader will be to remain in the hands of the citizens and not the legal system.”

He continued that, “Therefore if he wins the next election, I believe the president should not be held back from giving Netanyahu the mandate to form the next government even while under indictment,” Stern said.

Stern explained that “the law does not address the specific question of someone running for prime minister while under indictment. Given that reality, it would be far-reaching judicial activism to establish that the president cannot give the mandate to form a government to someone who the citizens of the country vote for, assuming that they vote in high numbers of Netanyahu.”

Regardless, whether the attorney general decides to allow Netanyahu to run or not, the decision will challenged by the disagreeing side and the question will likely end up before the Supreme Court.

Former Supreme Court Justice and Attorney General Elyakim Rubinstein, who was involved in writing that law, told Army Radio this past week that the intent was to prevent a prime minister, who was elected by the people, from being removed from office by the prosecutor.

The removal of a prime minister from office leads the country into new elections and a prosecutor should not have the power to make that happen, Rubinstein noted.

“But the law shouldn’t apply to a prime minister who is only in office by default and then the country is heading to an election anyway,” he argued.

There is one important technicality which must be noted as part of this debate.  The prime minister has not been officially indicted nor can he be until after a new government is formed, which will be after the election if no government is formed in the next two weeks.

In usual circumstances, when a member of Knesset is charged with criminal activity, the Knesset member can ask the Knesset House Committee for immunity.  The indictment becomes frozen and cannot be officially submitted to the court until the Knesset decides whether to give the MK immunity or not.  If the House Committee grants the immunity, then the full Knesset votes on it.

As a result, Netanyahu has not and cannot be officially indicted at this time and the earliest Netanyahu’s indictment can even be submitted to the court will be more than five months from now, after the president has been tasked with giving a Knesset member, possibly Netanyahu, the mandate to form a new government.

This strengthens the likelihood that he will be permitted to grant this right to Netanyahu if he wins the election, since the prime minister won’t have been officially indicted at that time.

Several Likud Knesset members told JNS that they cannot believe that the attorney general would involve himself in an election by ruling that Netanyahu cannot become prime minister of a new government. 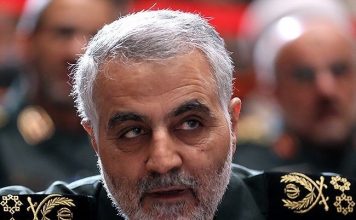