Michael Lerner and Cornel West regard themselves as brave because they “dare” to question “America’s almost blind support for Ariel Sharon’s government.”What arrogance – and malarkey.In case you’re hazy about who these two characters are, allow me to refresh your memory. West is a left-wing professor, the author of such edifying works as “The Ethical Dimensions of Marxist Thought” and “Toward a Socialist Theory of Racism.” Lerner is the left-wing editor of Tikkun magazine, the current issue of which pays “tribute” to Edward Said, calling him “a great thinker.” The late Said called conservative American Christians “a menace to the world” andlabeled the American liberation of Iraq “absolutely repellent.”Last week they penned a Washington Post op-ed in which they make the ludicrous charge that “liberal Democrats who are normally the champions of free speech” are blocking “a serious public discussion of our Israel-Palestine policy.”Are they really blocking such discussion? (And are they really champions of free speech when that speech is by spoken by people with whom they disagree? Give me one example.)Professors and editors should have at least a passing acquaintance with history. Start with this: “America” could not have been blindly supporting Sharon during the Clinton years – because Sharon wasn’t in office then. He only became Israel’s prime minister in 2001. Just prior to that, the prime minister was the dovish Ehud Barak, whose arms Clinton twisted into pretzels at Camp David in 2000 in order to make him come up with an offer that Yasir Arafat – the mostfrequent foreign guest at the Clinton White House – might accept.Barak eventually offered Arafat much more than most Israelis would have been content to give away – e.g. an independent state in virtually all of the West Bank and Gaza, a capital in Jerusalem, and the dismantlement of most Jewish settlements on the West Bank. 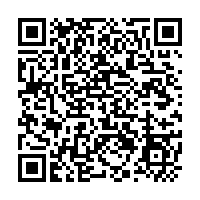