A Zionist hero died on November 3.

When Dr. David Gutmann was a young man, he served as an engineer on leaky ships attempting to bring “illegal” Jews into British Palestine. As his reward, he spent time in Acco prison, where he said he “met the best people, the future leaders of the country.”

I was privileged to meet with David, an emeritus professor of psychology at Northwestern University Medical School, a number of times. Once we talked, I realized his story had to be told. An interview I did with him appeared in the April 2, 2010 issue of The Jewish Press.

David had a fighting tiger spirit. His younger sister Yona told me that “David was his ‘brother’s keeper’ and a passionate Zionist. Israel was always in his heart. He was a most beloved big brother who took care of me and protected me as a child and as a widow. He made me laugh and think and pleased me in every way. He was always strong and brave as both a man and as a boy. In our family, we all adored him.”

David was a 21-year-old Jewish-American volunteer sailor for Aliyah Bet, the name given to “illegal” Jewish immigration into British-controlled Palestine. Hundreds of boats tried to run the British blockade on the dangerous, open seas. One was stranded on the Danube and its passengers later sent back to Vienna and executed; another boat was bombed by the Soviets.

I asked him how a nice Jewish boy became a sailor. He said he’d been in the Merchant Marine during World War II. He served on two different ships bringing Jews to Palestine, the Paducah-Geulah and the Ben Hecht.

“I served first on the Hecht, after that on the Geulah,” he told me. “I was an engine-room oiler on the Hecht, a second engineer on the Geulah. The Hecht was purchased and run by the Irgun. She was a German-built twin-diesel luxury yacht originally named Abril. She sailed for the U.S. Navy on anti-sub patrol during World War II. After the Brits left Palestine, the Hecht/Abril became part of the Israeli navy and was used to launch frogmen against Egyptian naval craft off Gaza.

“The Hecht/Abril’s crew ended up in Acco. Bob Levitan, our captain, participated indirectly in the breakout from Acco. With his Leica, he took ID-type photos of all the Irgun and Lehi prisoners, and these were later used in the phony ID cards issued to them prior to their escape.”

His description of the crew was memorable. He spoke of a “few exiled Spanish loyalist sailors.” Their second mate was “Don Miguel Boeza, who had been high admiral of the loyalist navy. Our captain was Rudy Patzert, an old commie married to a Jew. He wrote a book about the voyage, Running the Palestine Blockade. Our Haganah commander was Moka Limon, a legendary hero of Aliyah Bet who later became admiral of Israel’s navy. He was the guy who pulled off the legendary “boats of Bordeaux” operation. We all ended up in the Cyprus prison camps.”

When he said this, David beamed with pride.

I urged him to consider writing a memoir. He humbly declined. He said he only had his own good stories and did not know enough about the “whole operation.” I pressed him to share what he called his “personal anecdotes” with the world and with history. However, when we spoke David was slightly demoralized. While I drank in his tale like manna from heaven, he said I was the exception to the rule, that too many contemporary Jews had become less interested in the Story of 1948. They’ve seen the film “Exodus” and that was it.

David felt that many Jews in America were “tired of worrying about Israel, unendingly, from crisis to crisis. The Palestinians are the heroes of our victim-adoring age; accordingly, many liberal Jews have come to believe the Palestinian ‘Nakba’ revision, the lies that turned a miracle into another Jewish blood libel.”

According to David, too many American Jews in the 1930s and 1940s “sanctified FDR. Now they are equally loyal to Obama. Despite their growing awareness of the Holocaust, during World War II American Jews for the most part stayed silent – very few mass protests and very little covert action.” He said that he feared that “too many contemporary Jews are preparing to repeat this pattern. They will not embarrass the great and good Obama with their selfish concerns for what they view as a victimizing country – Israel – that no longer deserves their loyalty.” 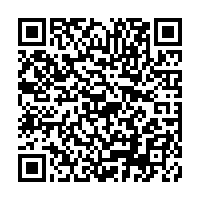