Some in the pro-Israel community are having a good chuckle at the feud that has erupted between Jewish left-wingers in the past couple of weeks. But rather than laughing, those who care not only about Israel but also the direction of the conversation about Israel in the post-Oslo era and what it portends for the future should be concerned.

The exchange between the anti-Zionist Max Blumenthal and his antagonists among the ranks of left-wingers who are often critical of Israel but defend its existence shows how pointless much of the debate that has been carried on between the left and the right about borders and settlements has been.

As risible as the arguments put forward by Blumenthal trashing Israelis as “non-indigenous” interlopers in the Arab world who must be made to surrender their sovereignty, culture, and homes may be, they represent the cutting edge of left-wing thought that has come to dominate European discussions of the Middle East.

The dustup centers on Goliath, a new anti-Israel screed by Blumenthal, the son of Clinton administration figure Sidney Blumenthal, published by Nation Books, a subsidiary of The Nation magazine. But to Blumenthal’s chagrin, the magazine (which is no stranger to anti-Zionist articles) allowed columnist Eric Alterman to write about the in its pages.

Alterman is himself a fierce and often obnoxious critic of Israel and defenders of Israel, and has been a major promoter of the myth that the pro-Israel community has been seeking to silence the Jewish state’s critics. Yet Blumenthal’s book was so appalling that Alterman took it apart in the magazine that spawned it. Calling it “The ‘I Hate Israel’ Handbook,” Alterman scored it for its frequent comparisons of the Jews with the Nazis and its complete absence of any acknowledgement of the Muslim and Arab war to destroy Israel.

As Alterman wrote in a subsequent blog post, “It is no exaggeration to say that this book could have been published by the Hamas Book-of-the-Month Club (if it existed).”

To give you a taste of how outrageous this book is, Blumenthal even has the nerve to recount a conversation with Israeli author David Grossman, who has been an important figure in the peace movement, in which he lectured the Israeli about the need for the state to be dismantled and for its citizens to make their peace with the need to rejoin the Diaspora rather than cling to their homes.

Grossman responded to Blumenthal by walking out and telling him to tear up his phone number. Blumenthal attributes Grossman’s reaction to Israeli myopia.

But it gets better. As the Forward’s J.J. Goldberg wrote in his own column on the dispute, Blumenthal appeared at a Philadelphia event with the University of Pennsylvania’s Ian Lustick (author of a recent anti-Zionist diatribe in The New York Times).

Almost halfway through their 83-minute encounter, Lustick emotionally asks Blumenthal whether he believes, like Abraham at Sodom, that there are enough “good people” in Israel to justify its continued existence – or whether he’s calling for a mass “exodus,” the title of his book’s last chapter, and “the end of Jewish collective life in the land of Israel.”

Blumenthal gives a convoluted answer that comes down to this: “There should be a choice placed to the settler-colonial population” (meaning the entire Jewish population of Israel): “Become indigenized,” that is, “you have to be part of the Arab world.” Or else …? “The maintenance and engineering of a non-indigenous demographic population is non-negotiable.”

This is sobering stuff and, as Goldberg, put it, “a chilling moment even for the anti-Zionists among us.”

The bottom line here is that the real debate about the Middle East is not between the so-called Jewish establishment and left-wing critics of Israel like the J Street lobby and writers like Alterman and Goldberg. Rather it is between anyone who recognizes that Jews have a right to a state and those who wish to see that state destroyed.

Suffice it to say that in Blumenthal’s world, anyone who believes in the Jews’ right to a state even in a tiny slice of their ancient homeland is a fascist, a Nazi, or a fellow traveler.

This shows how the discussion of Israel has deteriorated in the last generation of peace processing. Instead of appeasing its critics, every move toward peace in which Israel has given up territory has only convinced its enemies that it can be portrayed as a thief that can be made to surrender stolen property. While some of Israel’s critics think that conception can be limited to the lands beyond the 1949 cease-fire lines, people like Blumenthal remind us this is an illusion. 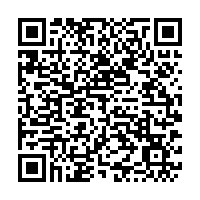