“I will not allow my child to play with any child whose parents let them use an iPad.”

I have heard this so often from a select few that I just no longer respond. I do not ask why, I do not try to understand the logic. I simply move on.


I have begun to realize, perhaps a bit late, that the statement is often made from a view that is highly hypocritical (I will explain why later) yet sanctimoniously defended.

I do not believe children should have unfettered Internet access but I do believe they should have supervised training on how to safely use the tool that will undoubtedly be a major element in their lives. Blocking them from learning how to use the Internet will inevitably have a negative impact on their education and later success.

I heard the statement about restricting children from playing with other children who use a computer most recently from a father of young children. This family lives in a comfortable suburban neighborhood that boasts a variety of highly acclaimed yeshivas and shuls. Some of the children in the neighborhood have parents who work in IT –information technology – or at home via computer and Internet.

In most of the schools in their neighborhood there are computers in virtually every classroom. The schools also have homework and parental notification systems that allow parents and students to interact with yeshiva information from home; they can check homework assignments and communicate with teachers after hours via the Internet.

Not only are these children becoming computer savvy, they are also learning how to access social media in a manner that is hopefully supervised and healthy.

The great Internet asifa that took place three years ago and attracted more than 60,000 people continues to have repercussions among many of the attendees who – this is where some of the hypocrisy enters – still listen to and view the four-hour program, which is available in its entirety on YouTube.

Yes, I said YouTube. Large numbers of those who attended the asifa have smart phones and computers they access regularly. They believe in the message of the asifa but use the digital tools the asifa sought to ban. How can they not? In most fields these days, from accounting to construction and from education to health care, computers and accessibility are required. Without some computer savvy, it is close to impossible to survive, let alone thrive, in a career. And computer literacy demands a social media presence.

It goes beyond that level though. If you are doing research, whether in science, education, or even in religious subjects, the library of data available via the Internet – the sheer number of sefarim, books, teshuvot, manuscripts and legitimate shiurim and lectures – far exceeds anything available in a brick-and-mortar library.

We can debate the merits of the Internet, and the best ways to use it. We can have small pockets of people within larger communities who forswear technology in any and all of its varied forms. We can even support those who liken technological advances to the work of the Satan. But we don’t have the right to demean others who do not see things quite the same way.

There was a time when people believed the printing press was evil, and in the early years of the automobile there were those who felt cars should be avoided at all costs. There is, however, inevitability to all human advances. It takes time to adjust and time to learn the best way to progress, but progress occurs.

We should be very careful about how children learn to navigate relationships. At a young age children begin to learn proper socialization by interacting with family members and then with others, especially children, outside the family. It starts with parallel amusement and can rapidly advance to interactive play. As children develop these social skills, they also learn about hypocrisy. They are sensitive to mixed messages and can be easily confused.

If a parent tells a child that computers are not allowed and the child sees the parent using a computer, the message is distorted. More important, however, is that going forward the child will find it hard to believe the parent.

I am in favor of restrictions for children. Children learn best when they have limits. But limits are not the same as rigid restrictions that seem arbitrary. I think it is time for another asifa – one to instruct people on the proper use of the Internet and how best to convey that message to our children. 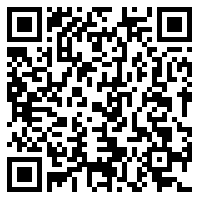