I read that Lieberman of Yisrael Beiteinu is back in Israeli politics, having been exonerated of charges of corruption, money laundering, and deceit. I feel an overpowering sense of despair and disgust that the Jewish state will be represented by such an unsavory, thuggish, tub-thumping, neo-racist. When I read that Chareidi thugs can go and beat up an old rabbi because he supported another candidate to be Mayor of Jerusalem, I want to have nothing to do with such people. When I read of corrupt dayanim, of recalcitrant husbands, of rabbis who are sexual predators, all getting away with it, how can I possibly recite the same prayers as they do?

When I see the hypocrisies of politics, the sexual corruption of modern life, the abuses and misuses, the pursuit of money as the ultimate value of most societies, I find it terribly depressing. Yet at the same time there is so much good. Socialism has brought us not just the corruption of unions but the protection of the weak and the social welfare without which Orthodoxy would never have been as strong as it is today.


I feel just like one of those silver pinballs in the machines in the old entertainment arcades of my youth (now it’s all computerized and we don’t have jukeboxes any more, only iTunes). Why do I have belong where I do not feel comfortable? Why cannot we make our own choices and live our own lives according to our own decisions? Why can’t religion accept that its role is to provide services and inspiration, not control? Why not appreciate and nurture the individual souls instead of looking at the exterior conformity, the shells? Every single denomination and variation of every religion, as far as I can see, is as guilty of exclusion and pettiness as every other.

I am no model. Lord knows I’ve got it wrong as often as not. But we have to try to be honest with ourselves. We can and should keep our own boundaries and preferences. But we need to stop trying to impose them on others. Sometimes, it is true, the other side just won’t let us. Human conflict, the desire to appear to be better, morally superior, holier seems endemic and universal. Yet if small groups, ethnicities, religions don’t fight for their own space they will disappear. I fight to keep Judaism alive because I believe it matters and has something good to say. But I feel that most of my coreligionists don’t seem to care. 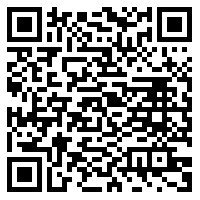