I found myself in Modiin this Shabbat, and randomly picking a synagogue (from four on the street) this morning, I had the pleasure of praying with our brand-new Ashkenazi Chief Rabbi David Lau. He spoke before the Torah reading, asking the question, “Why was Levi so special before they killed all those worshipers of the Golden Calf at Sinai?” The answer he discovered, after many years of searching, was that of the “Godly sage Yonatan ben Uzziel,” in his Targum on Gen. 32:25. See, Jacob promised to tithe everything, and Levi is the tenth son. If you subtract the firstborns of each mother. And count Benjamin, who wasn’t even conceived yet. And start counting again when you run out of sons until you get to ten. Which is not how tithing works, even if we did tithe children.


Um, OK. The Talmud (Megilla 3a) does make clear that YbU only translated the Prophets, while Onkelos is the one who translated the Torah into Aramaic. Yes, alternative Targumim existed, a number of which were known as Targum Yerushalmi, abbreviated TY, which some printer took for Targum Yonatan, since YbU was known as a translator. That’s why the academics call it Targum Pseudo-Jonathan, or Pasevdo Yonatan, as Hebrew-speakers pronounce it.

So am I alone in thinking Chief Rabbi Lau the Younger is not going to be big on reinterpreting traditional Jewish sources to meet contemporary problems?

Regardless, he seems like a really nice guy. He even apologized to the bar mitzva boy for making him sit through this speech before he read his portion. I guess that’s what’s really important. 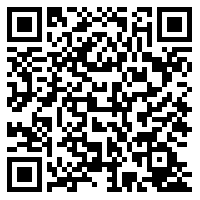