One aspect of the Palestinian-Israeli conflict is literally a war of words. Words are powerful weapons, and both sides seek the adoption of their preferred nomenclature to influence public opinion. Israel and its supporters have typically been on the losing side of the battles, which can take its toll. Israel’s latest defeat is among the most devastating.

Adopting language harmful to Israel has sometimes resulted from neglect, not recognizing the power of words until it is too late. Two of the most consequential losses in the war are the use of the terms “West Bank” instead of “Judea and Samaria” and “occupied” rather than “disputed” territories. The former entirely strips the Jews of their history in the land of Israel, while the latter further implies the Jews have taken someone else’s territory. The normalization of these terms has forced Israel to play on its adversaries’ turf rhetorically and politically.

One of the few victories for Israel has been the general rejection of pejorative terms for the security fence. This is one reason the barrier has ceased to be an issue.

Israel is taking an international beating now because of the widespread adoption of the comparison to Afrikaner South Africa—the dreaded “A word.”

The accusation has become ubiquitous. It’s used by Palestinians, human-rights organizations, Presbyterians and Methodists, U.N. bodies, the major media, academics, entertainers, politicians and many others. It is a classic example of the effectiveness of the big lie.

Unfortunately, as I’ve argued, Israel and its defenders repeatedly make unforced errors—to use another sports metaphor—by repeating the “A word” in their rebuttals. Rather than convince people beyond the choir of the truth, they unwittingly strengthen the linkage of Israel and the “A word.”

Worse, respectable Israelis and friends of Israel have either made the accusation or suggested it is a possible outcome of Israeli policies. For example, former Prime Minister Ehud Barak, obviously no anti-Semite, said in 2017 that Israel was heading on a “slippery slope toward [the A word].”

This semantic loss may be worse than “West Bank” and “occupied territories.” It is a “Have you stopped beating your spouse” accusation that has made Israel look like an abusive spouse. If you wonder how many Jews have turned on Israel, consider the Jewish Electorate Institute poll last year that found that 25% of American Jews agreed that Israel is an “A” state.

All is not lost. While we may be back on our heels in the war of words, we continue to clobber the BDS anti-Semites.

The last month may have set a record for BDS failures.

Start with Unilever reversing the Ben & Jerry’s boycott of Judea and Samaria. B&J tripled down on its anti-Semitic position in response; however, its parent company learned that anti-Semitism does have a price as it was put on several state lists of companies prohibited from receiving state government investments. Some divested their shares of the company. The notion that denying Israelis a particular brand of ice-cream would bring the government to its knees was indicative of the often-comic absurdity of the BDS movement.

Speaking of state anti-boycott laws, the anti-Semites have been pinning their hopes on the ACLU to convince the courts that they violate the First Amendment. The ACLU has successfully intimidated congressional Democrats to prevent enacting federal legislation. The friends of anti-Semites suffered a devastating loss, however, when a federal appeals court upheld the law’s constitutionality. The 9-1 ruling reversed a February 2021 decision the BDSers thought would undo all the state laws. Judge Jonathan Kobe said the law did not prevent criticism of Israel or the law. “It only prohibits economic decisions that discriminate against Israel. Because those commercial decisions are invisible to observers unless explained, they are not inherently expressive and do not implicate the First Amendment.”

That was not all. The BDS movement thought it had won another big victory, declaring its pressure campaign “works even on the largest corporations” when General Mills’ Pillsbury brand announced it had sold its stake in a plant in Atarot, which activists characterize as an illegal settlement.

Alas, the cheers turned to boos when General Mills responded. “We have made clear the global business strategy that drove this decision. Any claims by others taking credit for [it] are false,” said the company in a statement. “We continue to sell our products in Israel and look forward to continuing to serve Israeli consumers with our other brands.”

The BDS campaign suffered an own goal (apologies to non-fans for the sports metaphors) when BDS Boston published a map showing the locations of 30 Jewish organizations, many nonpolitical, which it accused of “supporting the colonization of Palestine” and “violence worldwide.” The organization’s goal in publishing what a Boston Globe headline called “A roadmap for Jew-haters” is “to reveal the local entities and networks that enact devastation, so we can dismantle them.”

This so-called “Mapping Project” was so blatantly anti-Semitic that even “Squad” congress member Ayanna Pressley (D-Mass.) said, “It is not acceptable to target or make vulnerable Jewish institutions or organizations, full stop.”

After initially keeping silent, the embarrassment of seeing the backlash to the movement’s transparent anti-Semitism, the BDS National Committee was compelled to deny any connection to the project. It still condemned attacks on the project, as did 15 pro-Palestinian groups that objected to “attempts to censor this useful educational tool.”

The BDSers achieved what they consider a significant victory when a band I’ve never heard of called Big Thief canceled their Tel Aviv concert at the last minute. They did so after earlier explaining their intention to appear in the hometown of one of the band members. I suppose they have some disappointed fans, but this was just another example of the cowardice of some artists who cave to social-media pressure.

Indicative of the overall failure of the cultural boycott, while these B-list performers pulled out, international superstar Andrea Bocelli, who has sold 90 million albums, sang to a sold-out crowd in Tel Aviv. Oh, and he also visited the Western Wall.

No trumpets from the BDS crowd. 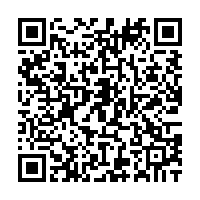