Pressure is building on Israel once again to continue down the dead end road of negotiations with Mahmood Abbas for a “two state solution”, this time coming from France. French socialist foreign minister Laurent Fabius has been pushing Abbas since early 2015 to meet with Prime Minister Netanyahu to rekindle the failed “peace talks” after John Kerry’s 2014 nine month similar marathon to nowhere. If Fabius, who wants to achieve a deal to create legacy for French prime minister Hollande before he leaves office, and one-up Obama-Kerry’s failed attempts, one would wonder why Abbas rejected the French push?

The “Paris draft” is expected to be brought before the UN Security Council this September, a six point diktat as outlined by Al-Monitor: 1. “Two-State Solution” with land swaps pushing Israel back to 1949 armistice borders and evicting of all Jews from Judea/Samaria, 2. Jerusalem as a shared capital 3. A temporary Israeli security presence along the Jordan River with deployment of international forces, and a Palestinian state that would be demilitarized, 4. The Palestinian “refugee” issue to be resolved, 5. Mutual recognition of the two nation-states and an end to the conflict, and 6. Establishing a short timeline for negotiation and implementation.


Nothing in this proposal is much different than what was offered by Ehud Olmert and already rejected by Abbas. In fact, the French proposal is meant to force an agreement with an 18 month timetable for a final status agreement and threatens French recognition of a Palestinian statehood if negotiations fail. The French pressured Abbas in a May 2015 Ramallah meeting to accept this proposal in order to lend legitimacy to an upcoming UN Security Council proposal calling for Palestinian statehood. Last week, Netanyahu emphasized at an EU press conference that Abbas must also recognize Israel as a Jewish state. Abbas, true to form, has simply done what he always has, reject recognition of Israel as a Jewish state, and thus rejected the French plan despite all the goodies that come along with it. The French hope that Abbas would show “flexibility” in order to garner international pressure on Israel at the UN, with France hoping the US would not veto any UN resolution calling for Palestinian statehood. French optimism in Obama’s subtle threat of abstaining from such a veto stoked French enthusiasm, only to be disappointed by Abbas. Obama’s vendetta overture to potentially not veto this UN proposal should have emboldened Abbas. Yet, Abbas has numerous times over the years rejected any “Jewish State” alongside a Palestinian one, as he stated publically in January 2014, March 2014, November 2014 and now again on June 23, 2015. Last year after Abbas convened a unity government with Hamas, it ended the then-“peace process” by directly violating the 1993 Oslo Accords. Albert Einstein’s famous quote of “Insanity”: doing the same thing over and over again and expecting different results, rings true again. The West, and left wing Jews personified by J Street continue to misread Abbas and his raison d’etre. Collectively, they are convinced they know not only what is good for Israel, but what is good for the Palestinians. Israeli deputy foreign minister Tzipi Hotovely declared that the French initiative is counterproductive because “it deludes the Palestinians into thinking they will get something from the international community without having to make concessions”. Declaring that he may get a Palestinian state in 18 months regardless of negotiations should be music to J Street and Abbas’s ears, but undermines any reason for Abbas to “moderate”, such as stopping conflict or recognizing Israel as Jewish. Further, what’s the point of Netanyahu actually being party to this deal if Israel’s fate is predetermined and forced upon it?

Abbas’s rejection allows us to consider what could be if he accepted the French proposal: making Judea and Samaria, our Jewish ancestral land rightfully and internationally legally possessed after a defensive war, Judenrein; relinquishing control over a unified Jerusalem; allowing millions of Arabs to flood into Judea and Samaria under a “refugee return” policy and giving them compensation. Any international force along the Jordan River will be rendered as ineffective as the UN “peacekeepers” in southern Lebanon. A demilitarized Palestinian state? Good one. Hamas will prevail, like in Gaza, in local elections after a brief mini-civil street war, and like in Gaza, there will be pouring in of rockets, arms, and tunnel digging, and infiltration by ISIS like in Gaza. There will be destabilization of Jordan and Saudi Arabia by this new Sunni terror state, and ultimately another war with Israel but now with millions of new Arabs backed by Iran, Qatar, ISIS, and Turkey. You get the picture. Palestinian writer Bassam Tawil grudgingly admits Netanyahu is right when he stated last week that given the current regional chaos, a Palestinian state now means another terror state. Jimmy Carter’s embarrassingly naïve call for elections in the PA is ignored because of lessons learned in Gaza, ironically demonstrating lack of support for Abbas by his own people. The Vatican’s recent recognition of Palestine as state speaks of its desperation to appear politically relevant and it’s whitewashing of Abbas and his anti-Semitic PA culture. The recent PA public honoring of families of terrorists in May 2015 who lynched two Israeli reservists in October 2000, Vadim Nurzhitz and Yossi Abrahami, who showed their bloody hands to the cheering crowds is a grim reminder of Golda Meir’s famous quote “We Jews have a secret weapon in our struggle with the Arabs; we have no place to go.” Israel has but one quid pro quo- recognition of it as a Jewish State. Conclusion? Abbas is a master of maintaining a perpetual crisis and non-recognition of a Palestinian state because it means loss of his dictatorial control, the end to European Union money and neutralizing the BDS movement. Hey J Street, Abbas is bad for your playbook. 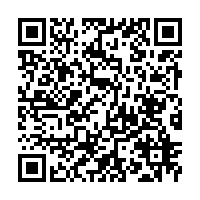