The recent decision by the chief prosecutor of the International Criminal Court in The Hague to investigate Israel’s responsibility for “war crimes” against the Palestinians was applauded by the Palestinian Authority, for good reason. The decision represents the culmination of the strategy PA Chairman Mahmoud Abbas adopted upon taking office at the end of 2004. As he saw it, the terror war instigated by his predecessor in September 2000 (euphemistically known as the “Al-Aqsa Intifada”), despite the thousands of victims it exacted from Israel, was a total failure. It had not brought about the collapse of Israeli society or put a halt to West Bank settlement, let alone advanced the “liberation of Palestine,” and it damaged the Palestinian cause by casting them as the enemies of peace.

Abbas came up with a new approach: “Stop the militarization of the intifada. Let’s do what we are called upon to do and convince the world that we have fulfilled our obligations.” Although many took this to mean Abbas was repudiating the Arafat legacy and choosing peace, it was in fact simply a new means to the same ultimate goal of “liberating Palestine” (i.e., a Palestinian state on Israel’s ruins) to which the PLO (and the Palestinian Authority, which is under the PLO’s aegis) had steadfastly adhered. Abbas’s approach replaces the “armed struggle” with an international diplomatic campaign aimed at forcing Israel to withdraw to the “1967 borders” without a peace settlement while conceding the “right of return”—the standard Palestinian euphemism for destroying Israel by flooding it with millions of “refugees.” As such, Abbas’s approach was and continues to be in complete contravention of the PLO’s contractual obligations under the 1990s Oslo Accords.

Amazingly, despite 25 years of systematic Palestinian violations of these accords, thousands of casualties, and the turning of Gaza into a terror stronghold that persistently disrupts daily life in Israel, Israeli politicians still cling to the delusion that the PLO is a partner for peace. MK and former IDF Deputy Chief of Staff Yair Golan recently expressed elation over rocket fire from Gaza during a Netanyahu election rally in Ashkelon that forced the PM’s security team to rush him to safety: Netanyahu, in Golan’s view, had spent a decade squandering any possibility of a settlement in the Strip. Similarly, former PM Ehud Olmert has suggested that the upcoming election campaign focus on the resumption of negotiations with the Palestinian Authority. “The absence of such negotiations,” he wrote in Maariv on December 20, “is nothing less than a strategic blow to Israel’s supreme existential interest.”

Not only were Olmert’s peace proposals at the 2007 Annapolis Conference dismissed out of hand by Abbas despite the far-reaching concessions they entailed, but those concessions diverged drastically from the conception of Israeli-Palestinian peace that had led Rabin to sign the Oslo Accords in the first place.

In his last speech to the Knesset on October 5, 1995, about a month before his assassination, Rabin set forth the basic contours of the final settlement:

Whereas Rabin viewed Oslo as a process based on reciprocity, it turned instead into a slippery slope along which all his principles collapsed. Since the time of Barak’s unprecedented concessions at the Camp David Summit (July 2000), to which Olmert added even more, the division of Jerusalem has become the starting point for negotiations along with the total relinquishment of the Jordan Valley and the establishment of a Palestinian state with full sovereignty. Added to this is the precedent of territorial compensation (in contravention of UN Resolution 242) for the “settlement blocs” (which constitute 3-6% of the West Bank and the Jordan Valley) whereby vital areas within the state of Israel itself will be transferred to the Palestinians.

This extortionist capability gets a tailwind when Israeli discourse systematically turns a blind eye to the developments on the ground over the past 25 years—first and foremost the end of Israeli “occupation” following the implementation of the October 1995 Interim Agreement, which put over 90% of the Palestinian population of the West Bank (Areas A and B) under the PA’s control.

Remaining in dispute are East Jerusalem and Area C. The latter is home to a small number of Palestinians and includes the Israeli West Bank communities, IDF bases, main arteries, vital commanding topography, and the Jordan Valley. These geographical features, which Rabin personally specified, are what Israel needs to exist and defend itself. There is no connection whatsoever between maintaining control over them and annexing the Palestinian population of the West Bank.

Mahmoud Abbas continues to orchestrate the diplomatic campaign he has been waging for a decade and a half, and it is no less dangerous to Israel than the “armed struggle” led by Hamas and Islamic Jihad in the Gaza Strip. With the growing influence of Iran and the advent of a new array of threats on Israel’s borders to the north and south, renewing negotiations with Abbas on the basis of the Barak-Olmert framework would entail an existential threat to Israel. 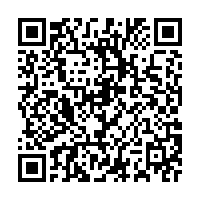