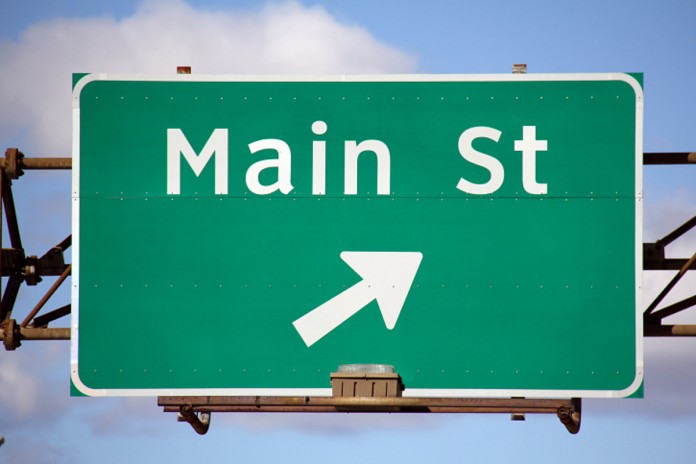 At the end of the Battle of Yorktown, which effectively ended the American Revolution, the defeated British forces exited the field with soldiers playing “The World Turned Upside Down.” While I can’t say I could hum the tune, the words are chillingly relevant.

When I was an undergraduate at Columbia 50 years ago, the Vietnam War was raging, and young people fancied themselves the Counter-Culture to the Establishment in the US. Who was the Establishment? Basically, everyone other than the brash rebellious youth who were questioning everything and would have none of the axioms of society and the government that ran it.

The Counter-Culture was sex, drugs and rock and roll. It was, make love not war, and don’t trust anyone over the age of 30.

The Establishment was stodgy, square and thoroughly invested in the American system and way of life. It was big business, the military, Wall Street, and most everyone in Washington.

Fast forward 50 years and the world has indeed been turned upside down. Today, the students of the 60’s, the Counter-Culture then, have become the inmates who took over the asylum. Not just the asylum of academia, but also the media, the culture, and much of corporate America. While they are too old to have been the vanguard of what has become Big Tech, they are its mentors.

The last have become first. They are the new Establishment.

And the Counter-Culture? Today, the Counter-Culture is the hopelessly deplorable chumps that anchored the country way back then. They are the working-class folks who flocked by the tens of thousands to see Donald Trump and to thank him for his focus on and empathy for the American worker.

America’s Counter-Culture are people who believe in God, worship, don’t seek to identify more than two genders, and who are not embarrassed to express their love of country. They perceive America through the prism of a half full glass, and cling to such values as working to get ahead, accountability and not wanting to get something for nothing.

The real import of the relegating of the core of the nation to be its Counter-Culture is the message about what the Culture is supposed to be, what the highest values and aspirations of the United States are now.

What we are seeing is the normalization and institutionalization of woke-ness, intersectionality and an identity-based mindset that is designed to vilify, not to unite. There are no longer binding consensual values in Establishment America.

It is not just that the Counter-Culture lives largely in flyover country, is not sophisticated nor even necessarily highly educated. It’s that they cling, as Obama famously put it, to their guns and religion.

The Counter-Culture of America are becoming the Jedi: the last remnant of a People who had core values, honored tradition, respect and authority, and saw their country as a force for great good, warts and all.

They will be at best be ignored, worse disparaged.

This is the exact opposite of the America that De Tocqueville so admiringly portrayed, where every man was a king; every man had dignity and knew that he counted.

This is the opposite of the founding values of the Founding Fathers, who recoiled from the all-controlling values of aristocratic Europe.

In fact, the Establishment of America seeks to replicate that authoritarian European gestalt, in which there are acceptable and unacceptable points of view, and where the unacceptable values must be condemned, along with their proponents.

When we moved to Israel some 11 years ago, we moved into a historic small house that we had previously bought in a beautiful little village in the Upper Galilee. We had come from exurban New York, where there was considerable self-segregation based mostly on class.

In our little village, however, everyone was thrown in together. I quickly learned the universal desire for dignity and respect, and that your closely watched behavior would be reciprocated.

As America increasingly silos into two societies, one bi-coastal and one encompassing the great middle of the country, this recognition of the need to treat others with respect is being lost.

Today, the Establishment demands not just respect, but reparations, for those who were not treated well in the past. However, they err by creating a virtual list of protected and of rejected people.

The rejected are the people who make everything, including your food, fix your car, build your porch, watch your kids, and basically allow the Establishment to live in bubbles of comfort.

These people found a champion in Donald Trump, the first political figure (not a politician, but a political figure) in decades who had not only embraced them, but acted on that embrace to preserve and to create jobs, and thereby, dignity.

If it seems like an oxymoron, a contradiction in terms, to have the backbone of your country become its Counter-Culture, well, it should. When you decide that half your country is unworthy, you are inviting major trouble.