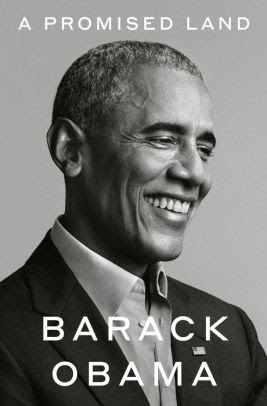 Adhering to facts and historical truths is vital for any nonfiction writer, especially for high-profile writers with enormous power to shape the public’s thinking.


Yet former President Barack Obama’s account of Middle East history in his recently published memoir, A Promised Land, is riddled with factual errors and misleading statements and omits material facts. Because of his popularity and influence, the impact is huge and dangerous. Obama’s account of history will mislead readers into drawing false and negative conclusions about Jews and Israel.

That’s why the Zionist Organization of America recently urged the publisher, Penguin Random House, to recall all printed books and correct them — or at least correct the book’s digital version and future print editions. Since this book is the first of two volumes, we also urged that volume two begin with a chapter correcting volume one’s many errors.

The ZOA’s letter to Penguin Random House identifies 15 separate material falsehoods, followed by the facts. For example, Obama wrote that the establishment of the Jewish state was a “dream fulfilled” for the Jewish people, but “for the roughly seven hundred thousand Arab Palestinians who found themselves stateless and driven from their lands, the same events would be a part of what became known as the Nakba, or ‘Catastrophe.’”

As Obama knew or should have known, Arab Palestinians did not find themselves “stateless.” The Arabs rejected a state, resulting in a situation of their own making. Furthermore, prior to the partition plan, there had never been a Palestinian Arab state in the region known as Palestine.

Obama also knew or should have known that most Palestinian Arabs were not “driven from their lands.” They left on their own or were encouraged by their leaders to leave, based on the ultimately wrong assumption that the Arabs would be victorious in the 1948 war and Israel would be destroyed. Obama omitted the important fact that Jewish leaders actually urged Arab Palestinians to remain and become citizens of Israel — and that approximately 160,000 did so.

Obama also chose to omit another important fact: There were more than 800,000 Jewish refugees who were driven out of the Arab countries in which they and their families had lived, many for centuries. They were never compensated for their losses.

Obama inaccurately wrote that the Palestine Liberation Organization arose after the Six-Day War as a “result” of “Palestinians living within the occupied territories.” As he knew or should have known, the PLO arose three years before the war, in 1964, when Jordan occupied and controlled Judea and Samaria and Egypt controlled Gaza.

Obama also knew or should have known that prior to the 1967 war, the PLO was not concerned about addressing “Palestinians living within the occupied territories.” The PLO never called on Jordan or Egypt to create an independent Palestinian Arab state in these territories. The PLO’s goal, reflected in its charter, was Israel’s destruction.

Obama describes Mahmoud Abbas as the preferred Palestinian Arab leader “in large part due to his unequivocal recognition of Israel and his long-standing renunciation of violence.” But as Obama knew or should have known, Abbas never recognized Israel as a Jewish state. In fact, in April 2009, Abbas explicitly stated, “I do not accept it … It is not my job to give a description of the state.” In November 2014, Abbas affirmed that “we will never recognize the Jewishness of the state of Israel.”

As Obama also knew or should have known, Abbas has never renounced violence. In fact, he glorifies and incentivizes it, naming streets, schools, and sports teams after Arab terrorists who murder Jews and rewarding terrorists and their families with lifetime pensions for murdering Jews. The more heinous the crime, the higher the pension.

Obama chose to omit crucial facts about Abbas that he knew or should have known — that Abbas is a longtime Holocaust denier and a racist, having made it clear that if there is a Palestinian Arab state, it will be Judenrein, i.e., cleansed of Jews. Under Abbas’s leadership, even selling land to Israeli Jews is treasonous and punishable by death. Omitting these facts prevents Obama’s readers from understanding the truth: that Abbas does not accept and is not committed to peace with Israel.

A book by a popular former U.S. president should have been scrupulously fact-checked. These and many other errors and material omissions in Obama’s book demonstrate that this one plainly wasn’t.

Given how unfairly and inaccurately Israel is so often portrayed in the media, it’s unacceptable that a former U.S. president would engage in the same behavior. Demand that Penguin Random House correct all the errors. Let the publisher know that when learning about history, especially from a former U.S. president, readers deserve the truth. 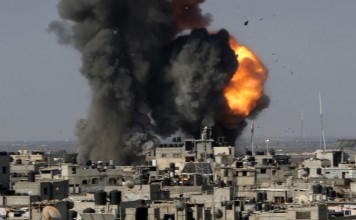 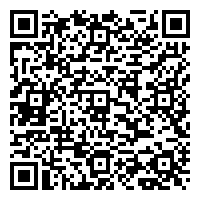