The debate over the Markey Bill has been framed in the starkest terms on the Internet and in the street: If you are for the bill, you are for children; if you are opposed to it, you are a horrible person who is protecting child molesters.

In the weeks since I wrote an op-ed essay for The Jewish Press (“Walking the Dog Backwards,” May 8) declaring my opposition to the bill “as it is currently written” (those words were added to indicate my openness to amended versions of the bill), I have been subjected to a torrent of e-mails and blog postings calling me, among other things, a wimp, a mindless twit who blindly follows da’as Torah, a turncoat, a lackey for the rabbis, and a biased person who works for the Agudah.


One cannot help but notice the irony here: Individuals fearful of posting their real names on blogs accuse me of cowardice for voicing my against-the-grain opinion and ridicule me for standing with our gedolim and supporting their position – while at the same time these individuals treat the Markey Bill with fawning reverence, implying that no one dare oppose a single word of it or risk getting thrown under the bus.

“Da’as Markey” has become the new da’as Torah – with no compromise even brought up for discussion, as is the case with all pieces of legislation.

These columns represent a principled stand of mine, opposing the current version of the bill as it is a diversion from the broader agenda of child safety and a material threat to our mosdos overall. All this talk (and bickering) about Markey is draining the oxygen out of what should be emergency, multi-dimensional, communal efforts to keep our kids safe.

Many of us have been writing and lecturing for years now about the ravages of abuse, buttonholing anyone who would listen and begging everyone to take this issue seriously. L’maan Hashem, now that we’ve finally captured the attention of the public after all these years, do you think our very first rallying cry should be, “OK, let’s sue yeshivas?”

This is not to say that this particular piece of legislation and the broader move to finally enact laws to enhance child safety should be derailed. Rather, it can easily be amended to Markey 2.0 – a bill that would provide more gain and cause less pain, and I would be honored to work with any interested parties, including Ms. Markey herself, to accomplish that mission. We don’t need to drag our heels or appoint blue-ribbon commissions to examine this matter for months. The issues are straightforward and can be addressed in a short period of time.

The Markey Bill in its present form is indeed too much pain, not enough gain. The bill barely addresses non-school-related abuse, which comprises the vast majority of current cases, nor does it educate children, parents and school personnel in abuse prevention, which is clearly the most effective way to squarely address the abuse issue.

In fact, none of its provisions directly enhance the safety of today’s children. At best, it will trigger the following chain of events: The one-year window will allow for older lawsuits to be brought against private schools, which could result in catastrophic financial verdicts against those schools months or years later, which will frighten schools into doing the right thing and treat abuse prevention seriously.

Why not amend the bill so that it improves abuse prevention directly and immediately?

Another flaw in Markey 1.0 is that its “window” exposes all schools equally to lawsuits – regardless of the measures the current administration is taking to protect today’s students from pedophiles and irrespective of the continuity of school leadership. Let’s say schools A and B are sued for abuse that allegedly took place twenty or thirty years ago. School A is still under the leadership that was in place when the alleged abuse occurred and has done nothing at all to address child safety in the years since. School B went through several leadership changes and recently implemented clear, effective and transparent policies and procedures to keep their students safe. Markey 1.0 unfairly and unwisely treats both schools equally.

Finally, in addition to the inequity in the way Markey 1.0 only targets private schools while ignoring public schools, mentioned in my previous essay, I am deeply concerned about the enormous collateral damage Markey 1.0 can or will cause to our school system. Many have downplayed the potential damage to private schools by pointing to the history of similar legislation in California where the claim is made that no schools there were forced to close. 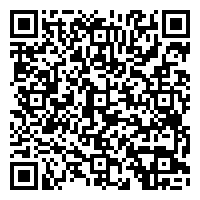