Over the weekend, Senator John McCain (R-AZ) died at the age of 81. Regardless of what you thought of his politics, McCain was truly an American hero — a man of courage and fortitude who was tortured for five years in a Viet Cong prison, refusing to come home even when given the opportunity to do so. He served honorably in the Senate for over three decades, and while I disagreed with many of his front-line policies domestically — chief among them McCain-Feingold campaign finance reform, and his soft-on-illegal-immigration policies — this was a man who dedicated his life to serving his country.


The media treated him with respect befitting his career upon his death. The odes were fulsome and generous. But let’s be clear: the media loved McCain whenever he crossed swords with Republicans, and despised him when he crossed swords with the Left. The most obvious example came during his 2008 campaign — a campaign in which McCain deliberately refused to use Barack Obama’s close association with radical anti-Semite and anti-American preacher Jeremiah Wright, refused to mention Obama’s ties to former domestic terrorist Bill Ayers, refused to castigate Obama for his own ideological radicalism. McCain instead portrayed Obama as a nice man with whom he had political disagreements — which is why Obama is speaking at McCain’s funeral.

Meanwhile, the media treated McCain as a nutty old coot intent on launching us into war, a not-so-closeted racist, a sexist. He was a threat to the United States, as opposed to that nice uniter, Barack Obama. And he was a fool, too: while he suspended his campaign to go back to Washington, D.C. in the aftermath of the financial meltdown of 2008, Barack Obama called together a listening table and then did nothing. That showed that Obama was a steward of the future, while McCain was merely an outdated relic of the past.

Then there was Sarah Palin, McCain’s running mate. Her selection didn’t alleviate accusations of McCain’s sexism and battiness. Palin was the enemy — an evil woman who wouldn’t stay in the kitchen. What Palin later became doesn’t change the fact that in 2008, she was a successful governor of Alaska. The media tore her down savagely.

The media regained its love for McCain only when Donald Trump began his rise. McCain’s refusal to bow before Trump turned on the same media that had torn McCain to shreds in 2008. And after his death, the media are using McCain as a club with which to smash President Trump. Trump has a lot of that criticism coming — his treatment of McCain’s death has been just as tone-deaf and nasty as his treatment of McCain’s Vietnam-era heroics. But it’s worth noting that without the media’s nasty treatment of McCain in 2008 and then Mitt Romney in 2012, Trump wouldn’t be president. Republicans reacted to McCain’s Nice Guy 2008 campaign and Romney’s Nice Guy II: The Revenge 2012 campaign by nominating the meanest sonofabitch they could find. Trump was that guy. The media slandered George W. Bush, John McCain, and Mitt Romney. Republicans reacted by finding someone with a pathological urge to punch back. As we’ve seen, that urge is often gross and counterproductive. But to leave the media off the hook when it comes to their treatment of McCain is to ignore history. 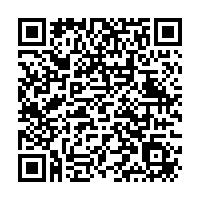