Yes, we all cherish life. But on complex issues with competing concerns of life, we do not necessarily agree with the dominant Christian view.

For example, in July 2001 and again in October 2004, the Rabbinical Council of America and the Orthodox Union sent a letter to President Bush advocating the use of federal funds to support embryonic stem cell research. Many Christians oppose such research because they consider research on embryos to be a desecration of life. Jews, or at least many rabbinic authorities, disagree that embryos are full human life and therefore consider such research to be the pursuit of life rather than its desecration. While the “culture of life” opposes embryonic stem cell research, the “mandate of life” supports it.

We have a rich religious tradition that offers guidance on every issue. Its “mandate of life” has even seeped into Jewish culture and casual interaction. Rabbi David M. Feldman, in his recent book Where There’s Life, There’s Life, points out that our toast of lechayyim – “to life,” neatly summarizes the “Jewish affirmation of life and inspiration to live.” (Disclosure: my company, Yashar Books, published Rabbi Feldman’s book.)

We must resist the temptation to surrender our heritage in exchange for slogans that represent Christian approaches to the issues of the day, or to lend our political support to causes that do not conform with – and sometimes directly contradict – Jewish law as we practice it as a community. Especially when representing Jews in the public square, it is crucial to let the Torah guide our course and not adopt another religion’s attitudes and language. 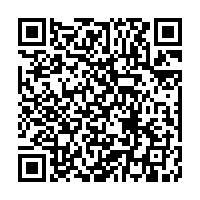