In a New York Post article to May 4, U.S. Ambassador to Israel David Friedman challenged the assumptions and conclusions of President Barack Obama’s acolytes Philip Gordon and Robert Malley that recently appeared in Foreign Policy. Gordon served as Obama’s White House coordinator for the Middle East, and Malley was Obama’s special assistant for the Middle East.

Gordon and Malley, worried lest the new Israeli coalition government (with its huge Knesset majority led by Prime Minister Benjamin Netanyahu) will soon annex major portions of Judea and Samaria, the biblical homeland of the Jewish people, where 400,000 Jews already live, urged former U.S. Vice President Joe Biden to speak out in opposition to the plan. They shuddered over the pronouncement by U.S. Secretary of State Mike Pompeo that it is “Israel’s decision to make.”

Gordon and Malley cited multiple reasons for rejecting the annexation plan. It “would jeopardize Israel’s future as a democratic, Jewish state”; “damage Israel’s relations with Jordan”; “violate international law”; ignore “the rights and aspirations of the Palestinian people”; and “could be a harbinger of greater regional instability and possibly violence.” It might even lead to demands “in the United States and elsewhere” for a “single state solution” with Palestinians granted “equal civil and political rights.”

It is hardly surprising that Gordon and Malley stanchly oppose the Israeli annexation plan. Obama, whom they loyally served, was arguably Israel’s least friendly president since its Proclamation of Independence in 1948. Nearing the end of his term in the White House, having already opposed Israeli action against Iran’s nuclear-weapon development, Obama had refused to veto U.N. resolution 2334 that supported boycotts and sanctions against Israel, and declared settlements to be violations of international law. There is no evidence that Biden objected. With “friends” like Obama, Israel hardly needs his loyal acolyte Joe Biden in the White House.

Friedman’s response to the Gordon-Malley article was appropriately lacerating. Labeling the Obama administration’s response to the Israeli-Palestinian conflict as “often wrong, never in doubt,” he accused it of “a barrage of falsehoods and wrongheaded ideas.” West Bank annexation, Friedman noted, would not, as Gordon and Malley believe, threaten Israel’s future as a Jewish state. It would only claim sovereignty over “a fraction of the West Bank” where Jewish settlements already exist. Land with significant numbers of Palestinian inhabitants would not be affected.

Nor, as Gordon and Malley claimed, would the Israeli annexation plan undermine the possibility of the two-state solution that Palestinians have repeatedly rejected. They seem oblivious to the reality that from Yasser Arafat to Mahmoud Abbas (1969-2020), Palestinian leaders have not displayed the slightest inkling that a two-state solution requiring peace with Israel is desirable. Even Friedman’s assurance that a provision for Palestinian statehood would be an integral part of the Trump administration’s Mideast peace plan is unlikely, based on history, to persuade Palestinian leaders. Coexistence with Israel under any circumstances, even including assurance of massive American economic investment, would not be worth relinquishing the decades of hostility that are embedded in Palestinian identity. Their rigid reluctance to engage in negotiations with Israel long ago doomed any peace prospects.

Middle East Forum president Daniel Pipes, while long a supporter of Israel, chimed in with a New York Times op-ed (May 8) providing six reasons for “strongly” opposing Israeli annexation of any part of the West Bank. (That surely pleased editors at the Times, who have found reasons to oppose or lacerate Jewish statehood ever since Adolph Ochs purchased the newspaper in 1896.) Annexation, Pipes wrote, “would probably damage Israel’s relations with the Trump administration, the Democrats, European and Arab leaders, as well as destabilize the region, radicalize the Israeli left, and harm the Zionist goal of a Jewish state.”

Space does not permit extended refutation of Pipes’s litany of warnings. Suffice it to say that the Trump administration, through Friedman, has already signaled its approval of the Israeli plan; Democratic Party opposition is irrelevant; the Middle East, with bigger fish to fry, is unlikely to be destabilized; the Israeli left is too marginalized for concern; the Zionist goal of Jewish statehood would be enhanced with the Israeli embrace of Jewish communities in biblical Judea and Samaria; and, Friedman acknowledged, Palestinians would finally have their own state.

Perhaps there is an even better solution. Since Jordan was part of Palestine a century ago—and nearly half the Jordanian population may be of Palestinian origin—why not confer Jordanian citizenship on West Bank Palestinians, who will not be uprooted by Israeli annexation of Jewish settlements? Palestinians would remain at home in Palestine; and Israel would embrace Jewish settlements in its biblical homeland. Obama’s loyal followers surely would be disappointed, but their misguided vision deserves consignment to oblivion. 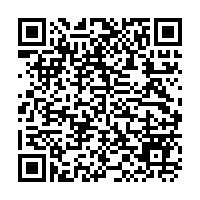