More and more articles as of late are discussing the problems of Modern Orthodoxy. Topping the list are the growing numbers of Modern Orthodox 20-somethings who don’t put on tefillin every day, text on Shabbos, and hardly observe the laws regarding the opposite sex.

But there’s a far greater problem lurking within the Modern Orthodox world and, although everyone knows it, no one really wants to talk about it. It’s this: A large number of Modern Orthodox boys are more than comfortable pushing off marriage until their late 20s or early 30s, leaving many beautiful Jewish women behind.


I’ve heard shadchanim say that in the more modern world, guys are more than happy to date a girl through college and then break up with her at 25 because they know there’s always another one around the corner. But where does that leave the girl – aside from alone and scared that she will be labeled a spinster?

It’s simply a numbers game. For every 10 girls, there are roughly three decent prospects, and the competition is fierce.

Sadly, many Modern Orthodox parents are secretly happy that their sons are saving money or getting their degree until they’re ready to settle down. But this is not the frum way. These single Jewish girls are made to feel bad about themselves when the only ones who should be harboring guilt are the boys who refuse to act like men. And with nowhere left to go, many amazing girls get burned out and – in some cases – take a hard turn to the right or left.

In the frum world, dating is not supposed to revolve around some casual happenstance where you just happen to meet a cute girl, become friends, start dating, and hopefully fall in love. It’s supposed to be serious. Sure, you must have attraction, similar values, and be able to earn a living, but the ultimate goal for a frum Jew is building a Torah home.

I don’t think most Modern Orthodox parents share this belief, however. Rather, their focus is on money, school, and career. Religion, though important, finds its way lower on the priority list. And our kids know it.

What that means is that the very foundation of our families is literally in peril. I cannot tell you how many amazing single girls I’ve met who fell through the cracks and are still alone. Because of the pressure they feel, many girls will actually lower their standards just to get a guy to like them.

So what’s the quick fix? I think Yeshiva University and other Modern Jewish institutions have to consider sponsoring more boys and girls mixers. Since YU is part yeshiva, there’s a reluctance to sponsor mixed events, but I believe if done correctly and with integrity, it can be a great opportunity for Modern Orthodox singles to meet.

The truth is that I understand the thinking of these young men because I was one of them not too long ago. I didn’t want to settle down until I had a job and finished college. But then one day, in my last year of college, someone called me about a nice girl from Stern. I figured “what the heck,” and the rest, as we say, is history.

Sure, I could have waited years until I was settled and felt ready, but that would have altered my trajectory and sent me in a different path altogether. I wouldn’t have grown emotionally and spiritually – together with my family – in my early 20s as I did. To be honest, knowing my predilection, I thank G-d for bringing me my eishas chayil when he did.

G-d created the most amazing creation in the world: a holy Jewish woman. There’s simply nothing more beautiful than a true eshas chayil whose essence literally radiates the light of G-d. Who needs 5-10 years to grasp this concept?

Boys, it’s time to grow up and become men. Rather than hop around like children trying to find the next fun date, grow up and start building your life with the diamonds before your very eyes. 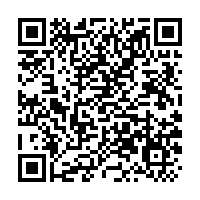