I graduated college with a political science degree from Columbia University. Later, I graduated UCLA School of Law, where I was the chief articles editor of its Law Review. I then clerked in the United States Court of Appeals for the Sixth Circuit, followed by practicing complex business litigation for more than a decade at two of the nation’s leading firms. For the past 15 years, I have been a law professor at two major California law schools where I teach advanced torts, civil procedure, and remedies.

I write none of this to brag. Rather, I do so to advise the reader that I am not a cloistered long-bearded rebbe who would not know the difference among “imminent,” “eminent,” and “immanent.” I am the beneficiary of a deep secular education, which I cherish. With it, I have been able to live an interesting life that now includes not only being rav of a Young Israel but also serving as a senior contributing editor at The American Spectator.


I used to define myself as “Modern Orthodox” and now define myself as “Centrist Orthodox.” If I were an Israeli citizen, I would be voting for Smotrich or Bennett-Shaked. That’s my world. And for that reason I’m writing this article primarily for Modern Orthodox parents of teens and pre-teens – because I love the world of Torah Umadda and that world no longer exists in America.

The simple reality is that Modern Orthodoxy is in peril because its leaders in the late 1950s and 1960s never envisioned the current utter debasement of American culture and society. In particular, they did not envision the socialist-brainwashing and reeducation-camp intimidation that has overtaken American colleges.

Modern Orthodox parents try to give their children the best of the secular and Torah worlds. But most of these children simply will not survive four years of contemporary American college (and the vast majority of Modern Orthodox kids attend non-Jewish colleges). That would be the case even if the Modern Orthodox yeshiva high school system were rock-solid, with great rebbe’im and the greatest education in “da mah l’hashiv l’apikorus.”

To the Modern Orthodox parent, I say: Stop looking for a moment at the impressive ben Torah or bat Torah you are successfully rearing. Look instead at what is happening to the kids of other people you know who went to college. Look at the children of non-Jews who were raised with excellent measures of decency and values after they’ve spent four years in college.

The college campuses these children are going to are not the campuses you and I went to. Children today are receiving, not a liberal arts education, but indoctrination. Indeed, the social climate today is so rife with intimidation that kids are essentially being brainwashed.

I went to Columbia in the 1970s. I can’t remember a speaker ever being shouted off campus – let lone barred. (The one possible exception were two or three proposed visiting scholars from the Soviet Union – America’s arch enemy at the time – who were denied participation in Columbia’s international exchange programs until the Soviet Union agreed to free Prof. Vitali Rubin, a Jewish scholar of Chinese literature, whom Columbia had invited but the Soviets had restrained from coming. In time, the Soviets relented, and the exchanges resumed.)

Both right-wingers and left-wingers visited Columbia. The faculty included Dr. Zbigniew Brzezinski, who was perceived to be an anti-communist, and the nation’s most rabid anti-Zionist at the time, Prof. Edward Said. On one occasion, College Dean Peter Pouncey invited Said and me to have coffee and cookies together with him. (I was a well-known Jewish student activist then.) After our chat, Said and I departed with a mutual smile, knowing that he wanted to destroy Israel and I wanted Jews to annex all of Judea and Samaria (and both of us agreeing that Pouncey was as sweet but utterly clueless as they come).

That was the culture then. It not only was safe to be a Zionist at Columbia; Zionists stood tall, unintimidated. We got former Israeli Foreign Minister Abba Eban invited as a visiting scholar for a year. We got the campus to cancel its Food Services contract with Pepsi-Cola and to replace it with Coke because, in those days, Pepsi did commerce in the Soviet Union and Gaza but not Israel.

Today by contrast, a patriot like Gen. David Petraeus gets shouted off a CUNY campus. Jerry Seinfeld will not accept comedy gigs on colleges campuses anymore, not willing to risk his career over a joke that may offend an intersectionalist snowflake. It’s not just Ben Shapiro and Ann Coulter being heckled. Less combative conservative voices – e.g., Dr. Condoleezza Rice, Dinesh D’Souza, and Heather MacDonald – are being canceled, too. Colleges today will rarely hire for tenured roles in the social sciences the kinds of occasional conservative or religion-friendly professors whom they hired in the past. The departments are ideologically homogeneous.

In our day, the non-Jewish universalist concerns were apartheid in South Africa and Rhodesia, and the terror of being drafted to die in the jungles of Vietnam. Today, by contrast, there are no issues of majestic consequence. So college youth focus instead on physical intimacy, particularly anything to do with LGBT affairs. In Judaism, a married man is not even supposed to put his arm around his wife in public for reasons of modesty. Physical intimacy is a private affair. But not on college campuses.

In other words, the problem isn’t just political. The entire gestalt and zeitgeist is completely alien to Torah values. The whole culture is one of hefkerus. And the situation will get only worse.

Is there a solution to the four years of college reeducation-indoctrination? One answer is to send your kids to YU, Stern, and Touro – but that isn’t realistic for most Modern Orthodox parents. Nor is it a guarantee, as many ruefully will tell you.

Another approach is to send your kids to four-year college in Israel – also not a guarantee, but your odds are much better. Or more years of Israel learning. Or at least have your kids stick to STEM fields, which, for now, are largely ideology-free. Or just pray and prepare to have replacement kids so you have someone to say Kaddish for you later. 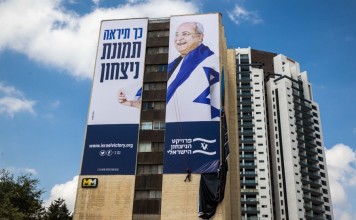 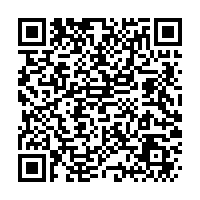