The Teachers’ Union of Ireland (TUI), which represents some 14,500 members, voted in early April “to cease all cultural and academic collaboration with Israel, including the exchange of scientists, students and academic personalities, as well as cooperation in research programmes [sic].”

Why employ academic boycotts against Israeli academic institutions? Because, union members say, the union should “step up its campaign for boycott, divestment and sanctions (BDS) against the apartheid state of Israel until it lifts its illegal siege of Gaza and its illegal occupation of the West Bank, and agrees to abide by International law and all UN Resolutions against it.”


But facts and history are not the concern of the self-righteous professoriate. Based on this biased language, the boycotters reveal that they have framed the 65 year-old Israeli/Palestinian conflict in such a way that they have determined precisely which side is worthy of opprobrium and which, by virtue of its perennial victimhood, is worthy of complete moral support.

Then, in a disingenuous moral inversion in which academics are forced to assume personal responsibility for a state’s politics and diplomacy, all Israeli scholars are made culpable for the perceived sins of the Jewish state. “BDS is a noble non-violent method of resisting Israeli militarism, occupation and apartheid, and there is no question that Israel is implementing apartheid policies against the Palestinians,” said Jim Roche, a lecturer in the DIT School of Architecture and member of the TUI Dublin Colleges Union branch who proposed the boycott motion. “Indeed, many veterans of the anti-apartheid struggle in South Africa have said that it’s worse than what was experienced there.”

Reciting this list of Israel’s continuing human rights abuses against the long-suffering Palestinians is, of course, a favorite pastime of the academic Left in the U.S., Britain, and Ireland (not to mention, ironically, inside of Israel’s own universities), so it is no surprise that the litany of Marxist-tainted protests against the victim group of the moment show themselves here as justification for the shunning of Israel scholars from campuses worldwide.

The problem, however, is that this view of Israel is the result of a long campaign of historical distortion, outright lies, and propaganda on the part of the Arab world and their apologists and fellow travelers in the West.

That academics so carelessly throw about politically loaded and inaccurate terms when discussing Israel and sanctifying the Palestinians, words like “apartheid,” “occupation,” and “militarism,” indicates exactly why a boycott that seeks to make absolute moral judgments is bound to be perilous – especially for academics who give the pretense of standing for values of academic freedom, scholarly inquiry, a respect for history and law, and open debate over a complex geopolitical problem.

Critics of the called-for boycott – and there are many who have voiced immediate and thunderous opposition, both of the current Irish version and also of similar academic boycotts in Britain – wonder why, of all countries on earth, countries where actual and chronic repression, genocide, occupation, militarism, and subjugation do exist, Israel was being singled out for the academics’ disdain.

Many, of course, ascribe the obsession with Israeli faults as being symptomatic, and an outgrowth of, a more serious concern: Europe’s long sickness of anti-Semitism. Assuming the Irish union is actually innocent of this pernicious hatred, and that its sanctimonious effort to right the perceived wrongs done to the Palestinians is sincere (though misconceived), what is the just cause or set of values it purports to defend with the boycott?

If the union takes the outrageous first step of denying Israeli academics any discourse at all in what is usually called “the academic marketplace of ideas,” of banishing them from the world of dialogue, research, and learning, has it not already struck a fatal blow to the core guiding principle of the academy? Since when has it been the responsibility of the university to control the actions of the state, or for its members to share culpability for the political decisions of a nation?

And if union members in fact feel that academics shape and influence national policy and political behavior, their choice of the Palestinians, with their legacy of homicidal aggression against Israel, seems just a bit troublesome.

What should not be lost is that in the union’s decision to condemn and boycott Israeli academics, it affirms the perceived ideological superiority of the Palestinian side of the moral equation. It has embraced “Palestinianism” completely as its choice of a cause to defend – with the genocidal terrorism, rabid anti-Semitism, political truculence, internecine violence, and general despair that has defined the Palestinian cause since it was minted in the 1960s as a political tool against Israel.

The notion that universities ought to facilitate a range of opinions and ways of thinking about complex issues should be at the core of academic freedom and a university’s overall mission. It requires, though, that campuses allow many different views and perspectives, and do not try to exclude unpopular thought from being heard in the proverbial marketplace of ideas.

Concern for the long-suffering Palestinians may be a commendable effort, but the isolation and demonization of Israeli scholars as a tool for seeking social justice for that one group “represents a profound betrayal of the cardinal principle of intellectual endeavor,” observes commentator Melanie Phillips, “which is freedom of speech and debate,” something universities should never stop diligently defending. 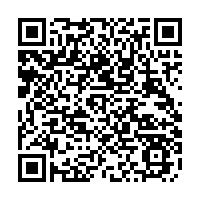