Last week, applause broke out on the White House lawn as Rabbi Yisroel Goldstein of Chabad of Poway advocated that the public school day begin with a moment of silence.

The Lubavitcher Rebbe first publicly proposed this idea in 1983 in wake of a 1962 Supreme Court ruling deeming school prayer unconstitutional. The Rebbe insisted that the foundation of society rests on the belief in a Supreme Being who takes a personal interest in every detail of life and to whom everyone is accountable.


According to Rabbi Elkana Shmotkin, director of Jewish Educational Media, the Rebbe devoted no fewer than 87 talks in the 1980s to the role of G-d and morality in education. “It is essential,” the Rebbe said, “to legislate that each school day begin with a moment of silence, the purpose of which is for the students to think and contemplate the existence of a creator and ruler of the world – an Eye that sees and an Ear that hears.”

Societies in which “youth are brought up without the acknowledgement of a Creator and Ruler has a greater percentage of criminality in their midst,” he said.

At present, public schools in 14 states are legally required to hold a moment of silence and public schools in additional 22 are encouraged to do so. Yet, even schools in these states often neglect to observe this moment for one reason or another. It is time to change that. Considering the state of our society, the Rebbe’s campaign – revived by Rabbi Goldstein in the wake of the horrible shooting at his shul – deserves our support.

And what better avenue to turn to than our children, the guarantors of our heritage. Let me explain. As an NBC news producer in the 1970s and ‘80s, ratings showed that nothing could trump stories about kids or dogs in a daily news lineup. They were just irresistible. When I became a Jewish activist in the ‘90s, I used this knowledge to expose the virulent anti-Semitic Arab educational system.

With the enthusiastic support of the venerable publisher of The Jewish Press, Mrs. Irene Klass, I, along with several other women, founded MATCKH (Mothers Against Teaching Children to Kill and Hate). Later we launched a campaign called “Kids for Peace,” which involved children writing letters after watching numerous clips of Arabs children being taught to hate Jews and blow themselves up in the pursuit of killing as many of them as possible.

I traveled to schools and camps across the country, and beyond. And everywhere – in New York, Chicago, Pittsburgh, Copenhagen, Sydney, and Johannesburg – the media was there to cover the story because kids are irresistible to the press.

After many school shootings, people ask, “Where was G-d? How could He let this happen?” Well, in so many schools, G-d has been “expelled,” so to speak. Let us bring him back with a moment of silence, and let us do so through our kids. 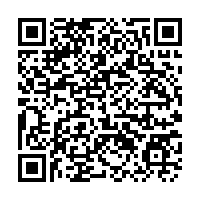