For years, Israel’s Right has asserted that the Supreme Court tilts sharply Left, treating Jewish residents of Judea and Samaria in an unfair and even unjust manner. Time and again, politicians and pundits have argued that behind their pronouncements of principle, the justices were in fact often motivated by political agendas.

Now, at last, thanks to a comprehensive report recently released by the Regavim organization, this anecdotal observation is backed by an array of cold, hard and deeply troubling facts.

The study, which examined more than 110 petitions filed between 2005 and 2017 by organizations across the political spectrum, decisively demonstrates that there is systematic bias against the Jews of Judea and Samaria, not only in the court’s procedural handling of cases, but also in their content and conclusions.

Titled “Measure for Measure 2018: An Index of Judicial Parity,” the investigation focused on cases concerning illegal Arab and Jewish housing construction in Judea and Samaria in which the Israeli Civil Administration had failed to enforce the law and tear down the structures in question.

Close to half the cases were filed by left-wing groups and Palestinians against Jewish homeowners, while the rest were submitted by right-wing groups against Arab housing projects. All rested on nearly identical legal arguments and contentions.

By every imaginable metric, the court comes across as a leaning tower of partiality, blatantly favoring the Left on all fronts, from the speed with which its petitions are heard, to the number of hearings devoted to each case, and on to the rulings that were issued.

For example, the report found that on average, petitions filed by the Right took nearly three months longer for a first hearing to be convened than those of the Left. Left-wing lawsuits were granted more than twice as many hearings as those of the Right, and were also seven times more likely to successfully elicit interim orders or temporary injunctions from the court.

The chief justice deemed to take part in nearly thrice the number of left-wing suits that were heard, which is an indicator of the level of importance that the court ascribes to the cases, and such petitions had a life-span of more than double those coming from the Right.

A Regavim spokesman noted that “the data speak volumes about the Supreme Court’s unspoken agenda and raises serious questions about the court’s impartiality.” But that is putting the matter lightly.

As the late US Supreme Court justice Antonin Scalia once said, “A judge must be, above all else, a servant of the law and not an enforcer of his personal predilections about the issues that come before him.” This basic and fundamental truth seems to have eluded many of those who don the black robe and sit in judgment at the High Court.

No less important, as Scalia pointed out, was that “when a litigant comes before a court, he knows that he will be playing on an even field.” In light of Regavim’s findings, how can anyone from the right side of the political spectrum possibly expect to be “playing on an even field” in Israel’s Supreme Court? Indeed, just this past week, the court further reinforced this perception in its handling of a petition filed by Hebron’s Palestinian-run municipality, which challenged a government decision to create a municipal body for Hebron’s Jews, who live in the Israeli-controlled section of the city.

Hebron’s Jews have long had a local council of their own to run their own affairs and the government was simply attempting to formalize its status and ground it solidly in law.

Hence, the Hebron Arab municipality had no legitimate grounds, or even standing, to file a suit against the decision, particularly in light of the city’s division.

But rather than toss out the petition, the High Court issued an order instructing the defense minister and the civil administration to explain within the next 120 days why the decision should not be annulled.

Adding insult to injury, the man behind the suit, Hebron Mayor Tayseer Abu Sneineh is a convicted Palestinian terrorist who took part in a ruthless attack on May 2, 1980, which killed six young Israelis and injured 20.

Along with three other Palestinians, Abu Sneineh opened fire and hurled grenades at a group of Jews returning from Sabbath evening prayers at the Tomb of the Patriarchs. He was caught by Israel’s security services, tried and sentenced to life in prison, but was later set free in a prisoner release. Abu Sneineh is now continuing his “struggle” against Israel via law-fare, exploiting the country’s democratic institutions to further harass Hebron’s Jews. And the High Court is handily providing him with a forum in which to do so.

Over the years, many dismissed the Right’s criticism of the Supreme Court as mere carping. But it turns out that the negative appraisals of the High Court were truly much ado about something.

The court’s methodical bias should concern all Israelis regardless of their ideological beliefs. When judges choose to interpret the law through the prism of politics rather than justice, then it is the country as a whole that suffers. And when the highest court in the land will not give petitioners a fair shake, it is a betrayal not only of our system of government, but of the very principles the institution itself is sworn to uphold. 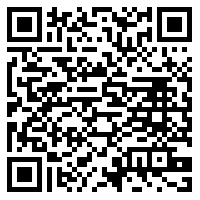