When it comes to the Palestinian “original sin” theory of Israel’s creation, there are two key milestones: the flight of approximately 750,000 Arab refugees during the 1948 War of Independence and the 1967 conquest of eastern Jerusalem, the West Bank and the Gaza Strip during the Six-Day War. The events of 1948 are known in Arabic as the nakba (“catastrophe”) and the events of 1967 are called the naksa (“setback”).

This week, with the 51st anniversary of the Six-Day War upon us, Palestinians will mark “Naksa Day” on June 5 with protests and demonstrations—and it will be interesting to see whether any new wave of protests fizzles out in much the same way as those on Israel-Gaza border in recent weeks that were presented as a commemoration of the events of 1948. It will also be interesting to see whether Hamas, Islamic Jihad and allied Islamist groups will use the occasion to fire another barrage of missiles at Israel.

It’s increasingly clear to everyone that neither of these strategies is working for the Palestinians. Compare the international reaction to Gaza in 2018 to that of summer 2014, when Israel took military action to end the daily missile launches from Gaza, and which the Palestinians similarly depicted as a total war designed to deliberately kill and maim civilians. Four years on, especially among European governments, there is much greater recognition that Hamas uses Gazans as human shields and far less lecturing of Israeli leaders about the moral perils of a “disproportionate response.” As for the expected convulsion of international protests, there really hasn’t been one so far.

Instead, the Palestinians are confronted with a region that no longer places them front and center, as well as an impatient international community, less willing to indulge Palestinian tales of Israel’s inherent brutality. In her speech to the U.N. Security Council emergency meeting on the Palestinian missile attacks on Israel—called by the United States—U.S. Ambassador to the United Nations Nikki Haley openly declared that the time had come for the Palestinians to consider alternative leadership that can deliver a peace strategy. Haley, significantly to my mind, made no distinction between the Palestinian Authority in the West Bank and the Hamas rulers of Gaza, puncturing yet another prevailing myth that the former is dramatically more moderate than the latter.

This is where the question of the naksa and its associated nakba comes into sharp focus. Both concepts are built around the logic that Israel is the eternal enemy. That is why Israel’s creation was a “catastrophe.” But what precisely was the “setback”?

According to the Institute of Palestine Studies, it was “a misfortune that pointed up the need for a new strategy for confronting Israel and redeeming Palestine.” The immediate source of this misfortune was identified the Arab states, which had submerged the Palestinian plight into the snake-oil diplomacy of the Arab League and its front organization, the original version of the PLO.  Sure enough, after Israel’s overwhelming victory in 1967, Yasser Arafat and his Fatah comrades, including Mahmoud Abbas, set about “Palestinianizing” the struggle against Israel, winning the hearts of the international left and establishing themselves as allies of the Soviet bloc.

But just as the Arab League never recognized Israel’s legitimacy, nor did the PLO, which was transformed into an independent organization after the war. The “setback,” then, was principally that Israel continued existing, even flourishing, after the Arab attempt in 1967 to eliminate it.

So perhaps the time has come to go even further than Ambassador Haley and suggest to the Palestinians that, for the sake of the generation that will mark the centenary of Israel’s birth in 2048, they abandon the discourse of the nakba and naksa altogether. This does not mean, of course, that the Palestinians have to become Zionists, or that they should overlook those disputes with Israel where they can maximize material or territorial gains for themselves—as opposed to chipping away at Israel’s status as a member of international society.

It’s tempting, particularly as we watch Abbas emerge from yet another extended stay in hospital, to dismiss Haley’s plea for new Palestinian leadership as hopelessly unrealistic. Some might contend that a Palestinian civil war after Abbas departs the scene is more likely that the emergence of a secular-minded, pro-Western peace party. Much also depends on the regional environment—whether Iran is rolled back in Syria; whether Saudi Arabia leads the Arab states in establishing diplomatic relations with Israel; whether Arab states assume full operational responsibility for stability in the region in concert with the United States and Russia.

At the moment, the most likely scenario is more of the same, even if everything else in the region shifts: namely, the collective insistence of the Palestinian leadership that Israel must be brought to its knees to atone for the events of 1948 and then 1967. 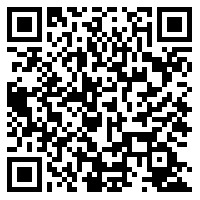