One might believe that all Gazans are suffering equally in the “hell” that the United Nations, the European Union and Turkey would have us believing exists in the enclave.

But there is another world south of the border, one that is joyous, and pleasant and yes, sumptuous too in this holy Islamic month of Ramadan, according to those who spoke with an interviewer for Turkish television station TRT World.

“Ramadan is the month of forgiveness, the month of mercy,” the narrator is told by those he interviews. “During Ramadan the environment is very nice here in Gaza.” 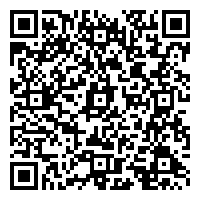