Neuro-psychologists spend a great deal of time studying how language is processed in the brain. Recent research shows that while the two hemispheres of the brain specialize to a certain degree , they very much also work in conjunction. The left hemisphere, the center for language processing, identifies what is going on based on what it hears and it conveys that information to the right hemisphere, which is responsible for attending, emoting, and reacting to that information.

Researchers have also learned that in order to process information more accurately, hearing alone is not as effective as both hearing and seeing a speaker. True and honest dialogue is predicated on a combination of clarity and sincerity, and a confluence between words and body language most often provides that clarity. Truthfulness and honesty can, however, be subverted. A face to face talk or a well-structured video can provide a message that is encompassing as well as draw in those targeted.


There are some who seem to have a unique ability to determine when a speaker is telling the truth or not regardless of how his or her talk is presented, but for most of us, conversation can be manipulated – particularly if the message is painful or not politically correct or meant to cultivate a following.

A good speaker can control a presentation by using carefully selected phrases and having the proper demeanor. In other words, despite the processing skills most people possess, a message can be manipulated for and targeted to an audience without much awareness on the part of those who are listening. People can be easily misled and even brainwashed by such an approach, commonly referred to as propaganda, if the presentation targets them and their brain processing abilities are manipulated.

ISIS is adept at the methodology of targeting messages to create an image for its propaganda. It builds its ranks by providing slick videos combined with words that are meant to attract a specific type of follower. Those who are taken in by the ISIS message are generally misfits – antisocial individuals who, under different circumstances, could easily become delinquents or drug addicts but because of the message are drawn to a different addiction.

ISIS devotees are obsessed with something they believe is a higher calling – cleansing the world by killing the infidel and bringing the world as we know it to an end. ISIS videos are designed to be provocative.

Writing in The Atlantic, Graeme Wood points out that several ISIS videos focus on “a black-hooded executioner [who] addresses President Obama by name… [which is] clearly made to draw America into the fight. An invasion would be a huge propaganda victory for jihadists.”

In addition to being propagandistic vehicles, these videos are prime examples of how a message can be manipulated for avaricious and catastrophic gains.

The ISIS type of doctrinal video attracts those who are weak, odd, and have no direction in life – those who need to blame someone else for their social and emotional problems. For them the Great Satan is an obvious choice for the dissatisfaction they have in their lives. Standing up to America or taking part in the downfall of the Judeo-Christian world provides an addictive surge of power for these vulnerable souls. The message, however specious, is empowering for them and provides guidance in a world they otherwise find indifferent to their plight. ISIS becomes a social network, a lifestyle, even a family for these needy individuals.

ISIS, of course, is not alone. Iran is also adept at targeting its propaganda.

Understanding the message of radicalized individuals requires carefully processing with our complete brains what is said and how it is being presented. We are confronted with propaganda constantly. Sometimes we are aware of it and sometimes we are not. Some issues and claims are glaringly false but somehow catch on in politically correct milieus. One classic example is the false idea that the terror that took place in France in January was “random.” 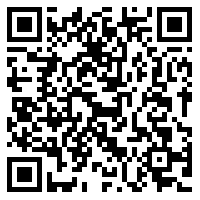