When you truly love a person or a country, you are extremely grateful for those people who help and protect that person; you appreciate the brave young soldiers who protect the country you love.

But for Natalie Portman—like others on the extreme, frightened left—“loving” and “caring for” Israel means vilifying and demonizing those who risk their own lives, and leaders who work and worry day and night, protecting the Israeli people. It’s especially painful to see Portman-type attacks on Israel when Israel is fighting against Nazi-like Hamas, which calls for the murder of every Jew and the Jewish state’s destruction. And while Palestinian Arab leaders continue to promote murder and hatred against Jews and Israel in their speeches, schools, media and mosques, and continue their heinous practice of paying Arabs to murder Jews. Natalie Portman and the rest of the frightened left almost never condemn Israel’s monstrous Arab/Islamist enemies, who shoot and stab and ram cars into Israeli citizens and visitors every day.

The Portman version of “loving” Israel means saying on the one hand, “I treasure my Israeli friends and family, Israeli food, books, art, cinema and dance”—and then, in the very same statement (as well as in her original statement) viciously insulting and demonizing Israel, Israel’s democratically elected prime minister and Israel’s Defense Forces with obscene, false accusations.

Ms. Portman’s type of “love” and “caring for Israel” means mindlessly spouting the lies emanating from Hamas and the Boycott, Divestment and Sanctions (BDS) movement, which seeks to isolate and destroy the Jewish state. When Ms. Portman blasted Israel and defaulted on coming to receive the Genesis Prize, Israel’s Culture Minister Miri Regev aptly noted that Ms. Portman “fell into the hands” of the BDS campaign. Indeed, the BDS movement is trumpeting her statements and cancellation of her trip to Israel on the front pages of the BDS movements’ multiple Internet sites.

She has also turned around the meaning of “conscience” and taking a brave stand upside down. In today’s world—where anti-Semitism is rife, and especially in Ms. Portman’s far-left-wing Hollywood milieu—real bravery means standing up for Israel, the IDF and the Jewish people against relentless anti-Israel propaganda.

Real bravery means condemning the real perpetrators of atrocities: Hamas, whose deeds and charter call for the murder of every Jew, and the P.A., which brags about murdering more Jews than Hamas has, and whose president praises and rewards those who spill Jewish blood.

But Ms. Portman pats herself on the back for “taking a stand” against the Jewish state. Incredibly, she even claims that she is furthering “Jewish values.” Meanwhile, she is silent when it comes to the real atrocities perpetrated by Hamas and the P.A.

Ms. Portman’s pathetic and shameful diatribe against Israel may, in part, be fueled by a desire to shore up her status in the extremist Israel-hating entertainment world. But is that really worth disgracing herself? David Ben-Gurion and Golda Meir would have been horrified by her ugly, mindless words. Comments on various articles reveal that the vast, overwhelming majority of Jews and other decent folks today are appalled by Ms. Portman’s statements and cancellation of her visit to Israel. Hamas and Fatah leaders, and neo-Nazis, are cheering, heartened and encouraged.

Indeed, Ms. Portman’s actions are why clear-thinking Christians often ask us: “What is wrong with those extreme left-wing Jews? Don’t they understand that they’re siding with the people who want to kill them?”

Judaism teaches that the prayer, “You shall love the Lord thy G-d with all your heart, with all your soul, and with all your might,” exemplifies how to truly love. Truly loving Israel and the Jewish people means standing up—with all our might—for the safety of the Jewish state. It means standing up for Israel’s moral young men on the front lines, who are protecting our people from being overrun and slaughtered by Nazi-like Hamas barbarians. Ms. Portman’s disgraceful statements and reneging on her trip to Israel show contempt for everything she claims to care about.

Shame on you, Natalie Portman! 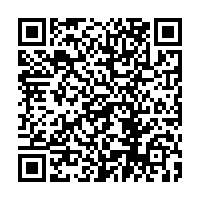