When I was growing up, organizations that expressed any views at all similar to those expressed by Communist groups were called “Communist fronts.” Anyone who defended on the grounds of civil liberties the right of communists to express their hateful ideology was labeled a “commie-symp.”

All decent people railed against this coerced, “politically correct” guilt-by-association, because it endangered freedom of speech, freedom of association, basic fairness and, especially, truth.

Today a similar tactic of defamatory character assassination against people with whom one disagrees, particularly conservatives, is being employed by elements of the left, including some in the mainstream media. Consider the recent attack by Heidi Przybyla of NBC News against the recently-appointed National Security Adviser, Ambassador John Bolton, and an organization whose board he chaired before that, Gatestone Institute. The headline of the hit piece is: “John Bolton chaired anti-Muslim think tank.”  Nothing could be further from the truth.

Przybyla wrongly called Gatestone an “anti-Muslim think tank” presumably because it published some articles about Muslim “no-go zones” in parts of Europe. The existence of certain areas in Europe that are unsafe for non-Muslims is widely debated as “politically incorrect” in the European media. It is well established that visible Jews — wearing kippahs or other indicators of their religion — have been attacked. Two weeks ago, a non-Jew apparently trying to discredit such rumors by wearing a kippah, was attacked on a Berlin street.

Others have been attacked as well. Even German Chancellor Angela Merkel, a vocal supporter of mass migration, has commented on this troubling situation. According to the Daily Express, Merkel warned that, “There cannot be any no-go areas…where people are afraid to go, but such places are a reality.”

For some Gatestone writers to have participated in this debate does not make Gatestone “anti-Muslim.” It makes them pertinent. Even a cursory look at Gatestone’s website shows that its writers and scholars include numerous Muslims, such as the prominent journalists Amir Taheri; Khaled Abu Toameh; President of the American Islamic Forum M. Zuhdi Jasser; Salim Mansur, and Raheel Raza, among others.  Many of Gatestone’s articles are, in fact, pro-Muslim — advocating human rights and civil liberties for all Muslims, including Palestinians and Iranians.

Przybyla also claims that Gatestone is somehow in the pocket of Putin’s Russia based on the following “fact”: “NBC News found at least four instances of known Russian trolls directly retweeting from the Gatestone account.” The fact that Russian trolls may have retweeted a handful of Gatestone articles means nothing, especially as Dan Abrams’s Law and Crime website independently confirmed 267 retweets by MSNBC’s Joy Reid. As the noted journalist Daniel Greenfield wrote, “Four times vs. 267 times. If getting retweeted 4 times makes you a Russian spy, NBC must be the Kremlin.” Everything on the internet is public information; anyone is free to read or tweet about it. One cannot post material labeled, “except for Russians.”

If Przybyla’s accusations sound familiar to those of us who lived through the “Thought Police” of the McCarthy era, it is because they are so similar. Blaming an organization for those who read or circulate its material is McCarthyesque defamation. Attributing to an organization all the views of those who are invited to debate controversial issues is McCarthyesque demonization.

Let John Bolton be judged by his own statements and actions, for which he needs no defense from me. But let not the media indulge in the discredited tactics of guilt-by-association, distortion and outright deceit based on ideological or political differences.

I am a frequent op-ed contributor to Gatestone and often speak at its events. I also proudly serve on its board.

I find Gatestone to be refreshingly centrist. It encourages dialogue between the center-left, represented by people such as Senator Joe Lieberman and myself, and people from the center- right represented by speakers such as John Bolton and the eminent historian Victor Davis Hanson. I am scheduled to speak at an event with Ayaan Hirsi Ali who, based on her own personal experiences of female genital mutilation and forced marriage, has expressed views about abuses committed by some Muslims against other Muslims in the name of Islam. These discussions are always informative and serious. I disagree with some of what I hear and read at Gatestone events and in its publications, but that is true of every organization of which I am aware. Przybyla wrenches out of context a few points of view that to her seem controversial, and not only attributes them to the organization, but makes it appear as if these views are the only ones the organization represents.

The answer to deception and falsehoods has always been truth. I urge everyone who has read Przybyla’s misrepresentation to go to the Gatestone website and read a wide array of its extensively substantiated articles. Then everyone can judge for themselves. Is Gatestone an “anti-Muslim think tank”? Or is it an open-minded institute that encourages diverse views on a wide range of pressing subjects? Then you can answer Groucho Marx’s famous rhetorical question: “Who are you going to believe — me or your lying eyes?” 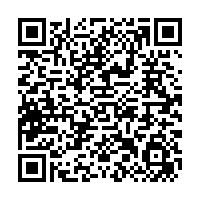