After the electoral impasse, I was one of the first of Prime Netanyahu’s long-term admirers and supporters to suggest that unless he made a deal with Benny Gantz, he would be well advised to retire now, or he would damage his illustrious career.

Only six months ago, he was at the peak of his career and poised to make major progress with President Trump which could have set the foundations for a secure and prosperous Israel incorporating the major settlement blocs.

Sadly, however, he has now been indicted – unjustly in my opinion – on three charges of breach of trust and bribery. The most serious charge of bribery is based on favorable media coverage in Walla web site. Four of America’s leading jurists, Alan Dershowitz, a lifelong Democrat, Nathan Lewin, Richard Heideman and Joseph Tipograph had written earlier to Attorney General Avichai Mandelblit arguing that such charges were unprecedented for a democracy and that Netanyahu’s attempts to influence the press were par for the course and not illegal.

Meanwhile, the hostility of the anti-Netanyahu hysteria in the Israeli media has intensified. There has been a scandalous avalanche of leaks of restricted police interrogations, all aimed at demonizing Netanyahu in anticipation of the indictments. There were also shocking disclosures of witnesses blackmailed into making statements and serious questions as to the actions of the police over the course of the investigations. Thus it would seem that there are certainly grounds for following up Netanyahu’s call to “investigate the investigators”.

It is obvious that Netanyahu must be deemed innocent until convicted and many Israelis would be relieved if the courts acquit him of all allegations. But he will be pushing uphill, and it is likely that many judges will be hostile to him. His recent attack on the State Attorney’s office after the announcement of the indictment would not have endeared him to them.

But having said all the foregoing, he should nevertheless step down as prime minister forthwith. Those encouraging him to remain in office under indictment are not doing him a favor even though the Basic Law does not require that a prime minister resign until there is a final guilty verdict. Allowing for appeals and the amount of testimony expected should this go to court, it could drag on for years.

Questions have been raised as to whether the Basic Law would allow the President to give the mandate to form a new government to a Prime Minister under indictment but hopefully this matter will be resolved without legal intervention. Should Netanyahu be forced out of office on technical grounds, it would cause devastating bitter national disunity and conflict and provide further ammunition to those believing that Netanyahu has been subject to a legal coup. Israel cannot afford to be plunged into such chaos while facing the very real security threats emanating from Iran.

As long as Netanyahu continues to serve as prime minister under the current circumstances, his motives will be questioned over ever major decision.

This would lead to paralysis with even minor issues being challenged in the courts because a caretaker government is prohibited from making any contentious decisions. Aside from these considerations, a prime minister in these tense times is surely required to concentrate his full attention on matters of state and not be distracted by or be engaged in endless court proceedings.

The Trump administration at present has been extraordinarily supportive and we can largely thank Evangelical Christians for this because the majority of American Jews hate Trump so intensely that they even oppose policies that are consensually supported by the bulk of Israelis. But there is no question that we will never have a better opportunity than now to resolve our long-term strategic challenges and annex the major settler blocs and the Jordan Valley.

Secretary of State Mike Pompeo, who just announced that the United States does not consider Israeli settlements to be illegal under international law, may well be retiring in the near future to canvas for a seat in the Senate. Likewise, Trump will soon be focusing on his reelection and the Middle East peace plan will not be his priority in the coming year. Besides, if the Democrats win, Israel could well be faced with the most hostile U.S. administration it has ever encountered.

Setting all this aside, unless Netanyahu steps down immediately, we are headed for a third round of elections. With the indictments, Likud could lose a significant number of seats if some of their traditional supporters either abstain or vote against.

On the other hand, if Netanyahu stood down, Likud could elect a new leader in the hopefully forthcoming primaries, and swiftly form a national unity government with Blue & White, the majority of whose members already support their basic policies related to defense and the settler blocs.

Clearly should we fail to get our act together and form a unity government, history will condemn all Israeli political leaders for promoting themselves ahead of the national interest. Aside from political issues we also face military confrontations with Iran, Hezbollah and Hamas. If we are forced into a military confrontation without a government, chaos could emerge and much of the international community, including the United Nations and the Europeans, would pontificate that a non-elected “right -wing” government has brought this upon Israel. The only real support we could have would be the Americans, but in the absence of a real government, this too is likely to be weakened.

For Netanyahu, who has achieved so much for the state, to end his career in such a disgraceful manner is unconscionable. But politics in Israel is a cruel vocation. All good things invariably come to an end even, if as in this case, maybe prematurely. But the security and wellbeing of the nation can never be subordinated for the personal status of an individual. The truth is that Netanyahu remains the best leader we have but no one is irreplaceable, and Likud has a number of people who can assume leadership and swiftly form a unity government.

Prime Minister, the longer you delay, the greater the damage. Whatever will be, you will go down as one of Israel’s great prime ministers who laid down foundations for our long-term security, diplomatic relations and economic prosperity. Retire now for the good of the nation and in your own interest, to save your legacy and concentrate on successfully overcoming all the indictments. 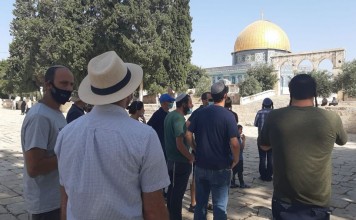 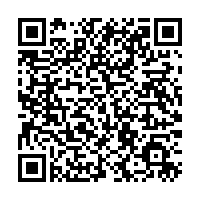