The ongoing criminal probes against Prime Minister Benjamin Netanyahu are reaching their climax. By the end of the month, Attorney General Avichai Mandelblit will reportedly decide whether or not to end Netanyahu’s political career by indicting him on corruption charges.

If Israel’s attorney general does indict Netanyahu, however, he will have done far more than overthrow a political leader. He will have embraced a legal doctrine that rejects the very essence of democracy.

This truth has been largely ignored till now. It was only sounded in a significant way during the final half-hour of Netanyahu’s four-day, 15-hour-a-day hearing two weeks ago. During that final half-hour, Mandelblit approved his attorneys’ request to permit two senior American jurists – legendary litigator Nathan Lewin and Professor Avi Bell from University of San Diego and Bar Ilan University law schools – to address him.

The two presented points they made in a brief co-authored with Alan Dershowitz, Richard Heideman, and Joseph Tipograph. The brief focuses on the question at the heart of the two main investigations: Is it permissible to define a news organization’s offer to cover a politician favorably a form of bribery?

Their answer was an unequivocal “No.” The American jurists warned that if Mandelblit chooses to bow to the position of the prosecutors, he will bring about Israel’s legal isolation throughout the free world.

In their brief, the American legal scholars examined court judgments and legal studies from the United States, Britain, Australia, and across Europe. The central issue in all of them was whether it is possible to limit – much less criminalize – relations between media agents and politicians. In all of the judgments and opinions, the answer was the same.

From Oslo to London to Sydney to Washington, the position of courts and senior jurists is that it is not permissible to criminalize or even set limits on such relations.

For instance, in 2010-2011, British Justice Sir Brian Leveson presided over a public inquiry into the practices of the British media in the wake of the News of the World hacking scandal. Among other things, Leveson investigated media mogul Rupert Murdoch’s ties to British prime ministers Margaret Thatcher and Tony Blair as well as to two Australian prime ministers.

The Leveson Report was published in 2012. It spans 2,000 pages. As the American jurists noted, the Leveson Report documents instances in which political leaders in both countries agreed to grant regulatory breaks and adopt policies that advanced Murdoch’s interests in exchange for positive coverage during elections.

And yet, the American jurists explained to Mendelblit, the report “never suggests that Murdoch’s flattering and hostile coverage could be deemed a ‘bribe’” to the British leaders.

Bell, Lewin, and their colleagues cautioned Mandelblit that the reason the idea of criminalizing ties between politicians and media owners has been rejected is because the action threatens the foundations of democratic societies.

“Prosecution of the Netanyahu case would signal to journalists and media executives that favorable or damaging publicity about a candidate may be investigated by the police and by prosecutors…. If the police and prosecutors are empowered to probe the mixed motives of journalists and politicians, they can exercise arbitrary control over essential institutions of democracy,” they warned.

And at their pleasure, prosecutors will be able to decide not to investigate politicians and media outlets, and so leave them free to attack their less fortunate colleagues as “criminal suspects” and “alleged felons.”

Some observers in Israel and worldwide may respond with a shrug of the shoulders. The prosecutors, after all, say they don’t intend to abuse the power they are seizing. The only thing that concerns them, the prosecutors insist, is protecting the public from politicians and media moguls who reach backroom deals on the public’s back.

This attitude of faith in the goodwill and objectivity of prosecutors is riddled with both substantive and normative drawbacks. Substantively, in democratic societies, the public doesn’t need prosecutors to decide its interests. For that they have the ballot box.

The normative drawbacks have been evident throughout Netanyahu’s investigation. Prosecutors and police investigators have provided anti-Netanyahu reporters with a steady flow of prejudicial leaks from interrogation rooms and from the prosecutions’ internal deliberations.

As these leaks have been broadcast, the public has also been subjected to case after case in which other politicians have made deals with media owners that are substantively identical, and in some cases for more problematic than those Netanyahu is accused of having negotiated. But in all of these instances, police investigators and state prosecutors have stubbornly refused to open investigations.

Throughout their investigations of Netanyahu, state prosecutors have argued that media owners do not have a legal right to set editorial policy in their publications. In their view, if a media owner blocks the publication of articles that adversely affect their editorial line, the owner is wrongly constraining his writers’ freedom of expression.

When Bell and Lewin noted this basic truth in the hearing, one of the prosecutors in the room was annoyed. “That’s a capitalist position,” she said.

Perhaps. And many members of Israel’s elite look back with longing to the days when socialist and communist newspapers set the tone of the public discourse. But a person who longs for socialism in the name of equality is not more objective than someone who prefers capitalism in the name of freedom and liberty.

The Israeli establishment has long sought to destroy Netanyahu, the only political leader in Israeli history who was never a member of their club and never sought their approval. They haven’t been able to defeat him at the ballot box and now they have placed their hopes in the politicized state prosecution.

If Mandelblit chooses to make their dream a reality, he will not merely have gotten rid of Netanyahu. He will have criminalized routine politics and so end Israeli democracy while replacing our political leaders with unelected prosecutors who have richly demonstrated their lack of objectivity and contempt for the public. 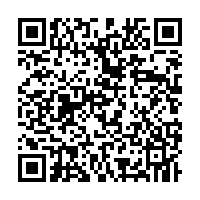