It’s happening again: The pundits and pollsters predict an end to the era of Israeli Prime Minister Benjamin Netanyahu, the exit polls come out, and his rivals rush to make victory speeches, which a few hours later become history (how embarrassing). And then, as former England soccer player Gary Lineker once said, “22 men chase a ball for 90 minutes and at the end, the Germans always win.”


That’s how our Israeli politics operate: Once every few years, parties run in an election, and in the end, Netanyahu always wins.

Israel is a flourishing Jewish, democratic state that aspires to make it to the moon. But strangely, the same people who are concerned about its democratic character repeatedly find it difficult to accept the will of the people. Need we remember the words of Laborite Yitzhak Ben-Aharon after the upheaval of 1977? By the way, what happened this week for the umpteenth time happened in the United States in the 2016 presidential election, which proves that sometimes we can do things before the Americans do.

The Israeli people are not masochists. They aren’t stupid, and they certainly aren’t a nation of primitives, as a formerly close friend (a doctor) wrote me a few days before the election. Her message made me very sad because it proved that we haven’t learned anything, and that elitism is still widespread in our society. Those same elites find it hard, even in 2019, to accept the fact that they have lost power; they cling to investigations and Israel’s imaginary racism to excuse their entrenched opposition to Netanyahu. And how their hypocrisy has grown since the last election—all of a sudden, they miss Menachem Begin. I was a kid then, but I remember very well what they did to Begin back in the day.

The left woke up battered and bruised, and that’s a shame. The Labor Party, which when I was a child was bigger than any other party, turned into a footnote, whereas Meretz barely made it over the minimum electoral threshold. They are both important parties in Israeli politics, which contributed a thing or two to the state and to the public discourse. But these Zionist parties went astray. And here’s the problem: When the 20th Knesset passed the important nation-state law, which had the support of the vast majority of the people, the left objected to it, arguing that it was racist because it did not include a clause spelling out equality for all citizens. It was obvious to most of the public that equality had no place in the law because this is not a country for all its citizens, but rather the Jewish state.

That is how the left gave the right another great boon, which is exactly what happens when the left is frightened of every kipah it sees within five minutes of Jerusalem or Bnei Brak, and labels it as proof of dangerous “religification.”

It’s very hard not to see what underlies left-wing voting, or maybe what doesn’t. While the right presents many great achievements along with a consistent, well-ordered platform, the left gets swept up in protest-voting for a party that has intentionally kept its policies obfuscated. The only clear message was “Anyone but Bibi.” But in a difficult and complicated reality like ours, that hasn’t been enough for quite some time.

No one in Israel has a monopoly on either peace or security and defense. Israel Hayom journalist Aviad Pohoryles grew up on the same floor in the same building I did on Kedoshei Kahir Street in Holon. He admired Shimon Peres, whereas I admired Begin. Who would have believed that the “Arab-loving” Peres would be remembered as the man responsible for Israel’s Dimona reactor, and Begin the “warmonger” would be remembered for making peace with Egypt? Right and left, left and right; both have contributed much to our wonderful country. I’m not sure that the right is the one who veered off its path. Sovereignty in Judea and Samaria isn’t a four-letter word, and most of the people are excited to visit united Jerusalem. The Israeli public doesn’t hate Arabs; it hates enemies. And that’s natural.

While radio and TV programs never stop telling us how bad things are here, how difficult and extremist, the citizens of Israel have to pinch themselves to believe that they have the privilege of living in the land of their ancestors under Jewish sovereignty. The left fails to grasp that basic fact, as does the media. There are days when we can be thankful that our status in the world has reached an all-time high, and that those who oppose us—like the European Union or the Arab world—are recalculating.

In a little more than three months, Benjamin Netanyahu will surpass David Ben-Gurion to become Israel’s longest-serving prime minister. A reminder: From the first day that he was elected, for more than 20 years, the Israeli media has held him in contempt, turned his life inside-out, persecuting him daily.

The Tehran-like media, like priests during the Inquisition, decides what is good and right for all of us.

But it turns out that the Israeli people have their own solid base of ideology and values, and they won’t give them up easily. The fact that Netanyahu is about to break the record for time as prime minister—writing his fifth symphony despite everything, and maybe because of everything—is an outstanding, inconceivable achievement that goes against all reason. That says something about the Israeli media, but also about us. 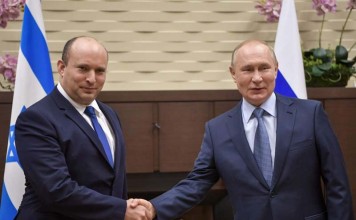 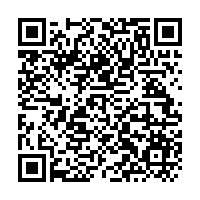