Radical leftist Israeli organizations backed by the New Israel Fund continue to work against the interests of the State of Israel, now, actively promoting the prosecution of Israel Defense Forces officers and and soldiers for “war crimes.”

Adalah, B’Tselem and Yesh Din are cooperating with the UN Commission of Inquiry that is examining whether Israel is perpetrating war crimes in the Gaza Strip, Judea and Samaria and East Jerusalem.


The U.N. commission drafted documents in Hebrew and Arabic, addressing individuals and organizations and asking them to provide information on the “identification of those responsible” for violating international law and for assistance in determining “personal criminal responsibility and command responsibility.”

The Israeli organizations cooperated, and last month Yesh Din submitted a position paper to the commission, stating that the State of Israel’s legal position, which justifies the gunfire in Gaza, is in the realm of a “total fabrication” and that the terror attacks by Arabs seeking to murder Israeli civilians and soldiers are not considered acts of war.  Michael Sfard, the legal advisor to Yesh Din, testified before the commission, and in a recent interview noted, “I absolutely believe that Israel committed and continues to commit violations of international law, some of which could be war crimes. In my testimony to the commission I expressed precisely that position.”

B’Tselem and Adalah also provided materials to the commission, which is due to publish its conclusions in March. An Adalah spokesperson told Haaretz the organization is hoping for “the intervention of forces in the international community, to bring about the accountability for the harm to the Palestinians.”

The intense concern that Sfard and Yesh Din express regarding the insufficient prosecution of IDF soldiers for war crimes is starkly contrasted by the organization’s forgiving attitude toward the murderous Arab terror. In the position paper filed to the UN commission, Yesh Din levels harsh criticism at the Military Advocate General’s definition of stabbings and car rammings against civilians or soldiers as incidents of “genuine warfare.” According to Yesh Din, these are just “civilian incidents to which the normative response is law enforcement, not warfare.” Yesh Din also does not define the violent activities as terror, but rather as “attempts to cause harm.”

At the end of his testimony, Sfard addressed the members of the commission and asked them to “pressure the Israeli government to make the open fire orders comply with the requirements of international law and to implement the recommendations of the Turkel Commission concerning the investigation of suspicions of violations of international law by soldiers.” In other words, the radical leftist organizations are sending a clear message to the IDF and the Israeli government: Either start prosecuting soldiers yourselves, or we will assist the international community to turn Israeli commanders and soldiers into men wanted on war crimes charges.

Its worth noting that the IDF is regarded as one of the most humane armies in the world.

Adalah – another grantee of the New Israel Fund – was involved with encouraging the UN to open an investigation against Israel. The initiative for the establishment of the commission of inquiry was a joint effort by Adalah and a coalition of anti-Israel organizations including Mezan, Badil, Al-Haq and Association for Civil Rights in Cairo –organizations that advocate the destruction of Israel, and some of which spread virulently anti-Semitic messages.

Adalah representative Attorney Soheir Asaad told the UN debate on the commission of inquiry that Adalah demanded not only the opening of an international inquiry, but also a promise that “the recommendations and results of the investigation be implemented so that Israel not be able to evade the consequences of its actions, as it has done in the past.” Now, thanks to Adalah’s actions, the commission of inquiry’s foundation document states that one of its objectives is “to put an end to the immunity and ensure accountability, including criminal personal responsibility and command responsibility.”

According to NGO Monitor, in the past decade the New Israel Fund has transferred $22 Million Dollars to Adalah, B’Tselem and Yesh Din. Is accusing Israel of war crimes, denying her right to self-defense, and enabling Hamas terrorists really what American Jewish donors to the New Israel Fund seek? 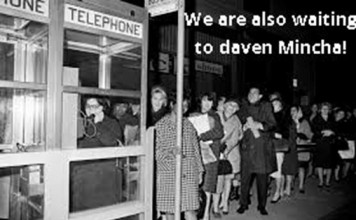 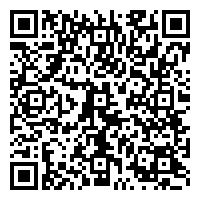