This week saw a new milestone for Israel’s economy, as an Israeli start-up, Mobileye, was bought for $15.3 billion dollars by Intel, marking the largest ever deal for an Israeli company.

It is hard to overstate the significance of the deal; the $1 billion sale of Israeli company Waze to Google in 2013 was considered a landmark moment, but that now looks like small fry compared to the Mobileye sale. As venture capitalist Michael Eisenberg wrote, this deal changes expectations and raises the bar, as Israeli entrepreneurs “now know they can build a $15 billion company in ten years.” Israel’s GDP is around $320 billion, so for two Israelis to create a company worth $15 billion, 5% of the country’s GDP, in just ten years, is simply staggering.

This very significant story was not reported in the Guardian. This in and of itself is a little surprising, but not malicious or improper. What makes it noteworthy is that the pages of the Guardian feature much discussion and reporting about BDS, the Boycott, Divestment and Sanctions movement – but one wonders whether they are missing the real story.

“Brian Eno refuses to let Israeli dance company use his music,” read a Guardian headline in September 2016. Is the decision of one British producer, with negligible economic impact, a more significant story than the multibillion dollar sale of the leading automotive technology company to the world’s largest chip producer? The Guardian features articles on Israel’s actions to counter the BDS movement, articles celebrating BDS successes, as well as opinion pieces discussing the merits and shortcomings of the movement. Is BDS the real story? Surely the real stories of Israel’s economy are the technology start-ups revolutionising every sector, from medical treatment to the “gig economy”, to cybersecurity. Staying up to date with the latest Israeli successes (were the Guardian to be interested in it) would actually be dizzying. One can find successes at every turn – this past September, Payoneer, an Israeli company revolutionising online payments raised $180 million in their latest funding round. In July 2016, a Chinese company bought Playtika, an Israeli gaming company, for $4.4 billion. In the chip-making sector, Mellanox bought Israeli company EZChip in February 2016 for $811 million.

As Israeli technologies continue to have a growing impact on all our lives, the Guardian’s myopic focus on the BDS movement becomes almost comical. Guardian journalists drive to work with the help of Israeli route-navigating technology (and soon in cars automated by Israeli technology), sit down to computers powered by Israeli designed chips, write articles they back up on Israeli invented flash drives, or on the cloud, and are increasingly protected by Israeli cybersecurity – but produce article after article about the “success” of BDS. Israel will keep improving the lives of literally billions of people around the world, whether the Guardian covers it or not. But the pages of the Guardian are missing the real story; maybe they should check out some of the Israeli start-ups trying to improve the world of journalism, for some help. 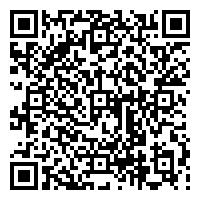