The night of Wednesday, June 17, was a scary one in Charleston, South Carolina, where I live.

Helicopters flew overhead all night and police cars patrolled the streets, as a murderer was believed to be at large in the city. Downtown residents were asked to turn on their porch lights to help police with the search, and a sense of fright overtook us.


I received e-mails and texts from congregants worried about their safety. Should we cancel our outdoor plans for our children tomorrow? Would it be safe to go to shul in the morning? Where would the murderer go next? Our shul is less than a mile away from the scene of the crime.

After close to an hour of the session, at around 9 p.m., he is accused of opening fire on the attendees and murdering nine people, reportedly the greatest tragedy of this kind in the history of South Carolina. A hate crime of the highest degree. What would become of our tranquil city?

Shacharis the next morning was calm and collected. No unidentified visitors, minyan as usual. Then something amazing happened. Instead of riots and retaliation, there was peace, prayer, and forgiveness in our city. The black community of Charleston responded within 24 hours with a prayer service (located down the block from my house). No calls to action, no violence.

The families of those slain even publicly forgave the accused murderer. Charleston was at peace. The unity and serenity on the streets of Charleston reminded me, in a small way, of what it was like after 9/11 in New York. Our fears were put to rest.

Charleston is called the Holy City. There is practically a church on every block, and the people of Charleston tend to be religious. Since moving to the city three years ago I have not encountered any anti-Semitism, contrary to the stereotype some have of the South, and in fact have observed a religious tolerance unmatched by any other place in which I have lived.

Rav Moshe Feinstein (Igros Moshe O.C. 2:25) writes that gentiles perform a mitzvah when they pray, and therefore I would add that perhaps years of prayer have helped transform Charleston into a place of peace and harmony.

In the days since the murders, there have been prayer vigils and unity events across the city. People of all races and religions have come together as one in a remarkable way. As the Orthodox rabbi in downtown Charleston, I thought it would be appropriate to participate in some of these events. Jews know all too well of the torments of racism and discrimination. We know the pain of grieving families who have lost loved ones in a brutal manner.

I did not attend the interfaith prayer vigils, nor did I pay homage at the steps of the church itself. Instead my family and I walked in the Bridge to Peace event on the Arthur Ravenel Bridge, which connects downtown Charleston to Mt. Pleasant. The bridge has a pedestrian lane, and at 7:45 on Sunday evening people from across the city were going to span the three-mile distance of the bridge holding hands. More than ten thousand people participated. It was a sight to see.

When my wife told our children we would be walking in this event, they innocently asked, “Were the people who were killed Jewish?”

They paused a moment to think about her answer, not sure why ­we would get involved. 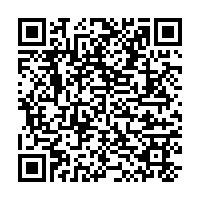