President Donald Trump’s controversial decision not to launch a military strike against Iran has stirred up debate in America and beyond. Was he wise and merciful to refrain from launching an allegedly disproportionate response to the downing of a drone? Or did the mullahs call his bluff and weaken America’s standing? There is merit to both arguments, but the most important thing for policymakers to decide now is how to deter Tehran in the future.

Many Middle East watchers believe the ayatollahs when they claim that their regional support for proxies is based on their desire to spread their “revolution.” While that may be their intention, the Sunni Muslims who make up the overwhelming majority of the Middle East population largely reject this Shiite encroachment on their territory. Nor is the Islamic Republic’s anti-Western, anti-Zionist sentiment sufficient to gain it many supporters in the region outside Hamas or Shiite militias.

Turkey and Qatar shored up a Sunni revolution of sorts through the Muslim Brotherhood during the “Arab Spring.” That movement targets many of the same sentiments and goals of the Iranians without the requirement to join a Shiite “anti-imperialist” camp.

Iran’s support for proxies, terrorists, and militias throughout the region stems from more than its desire to spread revolution. It is motivated primarily by its worst historical fear: foreign conquest.

The fear of a foreign invasion that would weaken or annihilate Iranian identity is not limited to the regime. It applies to all of Persian-majority society. In ancient times, Persia was subsumed by the Arab Conquest. While the country did eventually adopt many customs – including Islam – of the invaders, the subsequent occupation and governance of their country placed Arabs at the top of the pecking order, and caused much of Persia’s historic culture to wither away. Persia did tweak some of the customs imposed on it by the invaders (notably adopting Shiite rather than Sunni Islam). But to this day, many Iranians still think of the Arab Conquest as a national humiliation that set the country back. Saddam Hussein’s invasion of Iran in 1980 – which was whipped up by racist, anti-Persian, Arab nationalist fervor – only heightened Iran’s fear of foreign (especially Arab) invasion.

After the US toppled Saddam’s regime and eliminated the closest check on Tehran’s power, Ayatollah Khamenei turned Iraq into something of a vassal state. He filled it with Shiite militias that dominate Baghdad, subsume Kurdish desires for independence, and destroy Sunni militant organizations. Many of these militias have also targeted US military personnel – a measure of deterrence against a possible American strike on Iran.

Iran has equipped those militias with missiles that can strike Israel, and has directed them to assist Hezbollah in the event of any future war with the Jewish state. Khamenei expanded this policy to Syria, where Iran has used Hezbollah to train more Shiite militias in order to shore up the Syrian government against Sunni jihadists and rebel groups. Iran has sent in a healthy number of its own military personnel to oversee this project.

Part of Iran’s goal is to create a vast Shiite empire stretching from Tehran to the Mediterranean. With such an empire in place, Tehran could threaten Israel from one long northern front should war with Hezbollah erupt. But that is not the sum total of its aspirations. It also wants to create a shield with which to protect Iran from foreign invasion.

For the time being, the US is wise to avoid an unnecessary war with Iran. Israeli airstrikes in Syria and Gaza have weakened Iran’s project, as has the destruction of tunnels Hezbollah had dug into the north of Israel. Renewed American sanctions on Tehran have forced the mullahs to cut military spending as well as support for proxy groups.

But more can and should be done to stop the Iranians from escalating. President Trump should start by revoking sanctions waivers on Iraq that allow the country to import Iranian energy. He should also expand the sanctions on Iran’s petrochemical industry and remove sanctions waivers for the Islamic Revolutionary Guard Corps (IRGC). This would continue to weaken the Iranian economy. At the same time, the use of force will be needed should Iran continue attacking oil tankers or US drones in the Gulf.

Rather than hitting Iran directly, the US should destroy its military assets and proxies in Iraq and Syria. It can do so largely from the air, although if necessary, US troops in the region can work in concert with Kurdish peshmerga and Israeli airstrikes.

Denying Iran a shield in its “near-abroad” will protect US bases and allies in the region. But it will also force the Iranian leadership to acknowledge that it has no buffer against foreign invasion. The fear of being overrun by a vastly superior US military – possibly in conjunction with other countries – coupled with a weak economy may be sufficient to force Ayatollah Ali Khamenei to “drink from the poisoned chalice” (as his predecessor did) and negotiate with the US for a better deal.

(Dmitri Shufutinsky is a recent graduate of Arcadia University’s masters program in International Peace and Conflict Resolution. He specializes in racial and indigenous politics in the Levant, and holds a special interest in Greek, Cypriot, and Turkish affairs. Dmitri currently lives in Philadelphia, but is making aliyah in summer 2019)

Bouncing Back From The Covid-19 Crisis 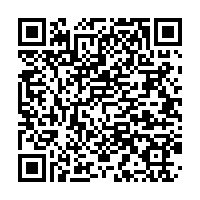