The risk of the “March of Return,” organized by Hamas last Friday, is that of a new kind of mass terrorism, a new kind of war. The whole world knows that this organization’s foremost aim, together with the death of the Jews and the conquest of the West, is a strategic turn taking place with these mass marches. It’s a terrorist spark in the haystack of the Middle East. Yet the United Nations again blames Israel by engaging in its favorite sport—blaming Israel, even if it was unable to pass a condemnation this time.


U.N. Secretary-General António Guterres supports the call for an international inquiry. He adheres to the traditional and wrong idea that Israel has used disproportionate force in countering the mass demonstrations on its border, while promoting the idea that it killed Palestinians who marched “peacefully” along its border. And European Union official Federica Mogherini argues against Israel that the civil liberties of the protestors, armed with rocks and Molotov cocktails, must be respected. Whose liberties? Those of the Islamist dictators of Gaza killing the Jews?

Iranian Foreign Minister Mohammad Javad Zarif, a so-called human-rights champion whose country holds the title of being the world’s biggest state sponsor of international terrorism, immediately presented himself as Hamas defender by saying: “The Zionists tyrants murder peaceful Palestinian protestors, whose land they have stolen, as they march to escape their cruel and inhuman apartheid bondage.” Taking to the stage with him is that other proponent of human rights, Turkish Prime Minister Recep Tayyip Erdoğan, whose army has almost concluded its ethnic cleansing of the Kurdish region of Afrin in Northern Syria.

Hamas is a terrorist organization. Anyone who dares to oppose it is executed. The marchers—pushed towards the border with Israel en masse—had members of the armed militia of Hamas in their midst. Evidence came in the fact that 10 terrorists were among the killed, and by a skewed pride noting that among the 15 dead, five of them were members of its military wing, the Izz ad-Din al-Qassam Brigades. Hamas took power in 2007 against Fatah. The Israelis withdrew every last Jew from the Gaza Strip, leaving Gaza residents to be the masters of the agriculture and industrial facilities left behind, which were subsequently destroyed, often razed to the ground. Hamas doesn’t care about the welfare of its people; it cares about their obedience in fighting the Jews.

Hamas engages only in warfare. Its charter sees in “world Zionism” the origin of all evil, citing the Protocols of the Elders of Zion. It encourages killing them, stating: “Allah is its goal, the prophet is its model, the Koran is its constitution, jihad is its path, and death for the sake of Allah is its most coveted desire.” Hamas has invested the major part of its millions of dollars that have come as donations from Iran, Qatar and other sympathizers in missiles and tunnels.

Its perennial humanitarian crisis would not exist if those funds had gone into businesses and social structures. Instead, Hamas financed the terrorist enterprise that has killed thousands in Israel. Israel tried to continue to allow help for and trade with the population. But, of course, the border is closed to terrorism, as is the one with Egypt, which would be the most natural exit. President Abdel Fattah El-Sisi is careful not to liberalize Gaza. Hamas is only interested in using the exasperated crowd for terrorist ends than for any real progress.

After trying in vain to terrorize Israel with the Second Intifada, Hamas moved to the strategy of missiles against citizens in the south. Only the “Iron Dome” anti-missile defense system saved Israelis from a massacre. The timing of the symbolic move over the crowds last week was not lost on an Israel preparing for Passover. Or at a time when Palestinian Authority leader Mahmoud Abbas (Abu Mazen) is ill and weak, and competition for his job is being considered. It also comes at a time when the Arab world tries to conform to a new course inaugurated by the Trump administration, in which the U.S. Embassy will move from Tel Aviv to Jerusalem in a matter of months.

It is no coincidence that Hamas wants to continue its demonstrations until May 15, the day of Israel’s independence and the proposed transfer of the embassy. At the border during those “pacifist” demonstrations, Hamas leader Ismail Haniyeh hurled death threats and calls for Israel’s destruction. He also announced the conquest of Israel in order to give it to the Palestinian “refugees” and their descendants—people Hamas does not allow to escape from what has become a conceptual ghetto, consigning them to militant terrorism.

The crowds who marched to the border did so for “the right of return”—a strategic move to ally Hamas to the most extreme front. Never can the return be part of a peace process unless it wipes out the Jewish state. The march only wants death and destruction. It is for this reason that Israel cannot allow Hamas to penetrate its security fence, especially when it advances by throwing rocks, launching Molotov cocktails and burning tires. Last week, Hamas launched human missiles. Escalation will come, especially if the United Nations and the Arab world continue to do nothing but fire off misnomers. 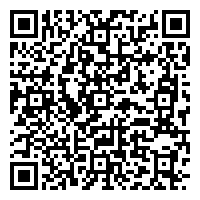