If you are a Seinfeld fan, this line will transport you back to 1995, the year that the sitcom’s famous “Soup Nazi” episode aired. Its debut sparked such a comedic craze that actor Larry Thomas was later nominated for an Emmy, and his character resurfaced for an appearance during the Seinfeld series finale in 1998.


Cloaked in the laughter of millions over 25 years ago, the appropriation of Holocaust terminology is manifesting itself in today’s political discourse — and it is no longer funny. Nazi comparisons have transcended political lines, with both parties and pundits of all stripes partaking in this unsavory rhetoric.

Some recent examples include former California governor Arnold Schwarzenegger comparing the mob assault on the US Capitol to Kristallnacht, while CNN anchor Christiane Amanpour made the moral equation between Nazis and former president Donald Trump (she later apologized). Congresswoman Alexandria Ocasio-Cortez (D-NY) also desecrated the memory of Holocaust victims — and sparked an outrage — when she tweeted in June 2019 that the Trump administration had established “concentration camps” on the southern border.

Amid all this, the decision by President Joe Biden to twice invoke the name of Nazi propagandist Joseph Goebbels by comparing him to former president Trump and then again to Senator Ted Cruz (R-TX) for their comments about the election was deeply misguided. President Biden was within his right to criticize those men and others for spreading misinformation about the election; but he was not right to use Goebbels’ name and the associations it evokes.

Many Jews have spoken out against these comparisons. But for some within our community, the advancement of a political agenda is helping to turn the Nazis into partisan fodder. This past September, the Jewish Democratic Council of America (JDCA) released a 30-second ad with images of former president Trump running side by side with images of Hitler. And while some antisemitism watchdog groups decried the comparison, others did not. As professor Ruth Wisse points out in The Dark Side of Holocaust Education, the appropriation of Holocaust education for an activist agenda keeps the pressure off the left’s increasing anti-Israel ideology, while also demonizing those on the right with a broad stroke regardless of individuals’ and legislators’ specific views.

Shifting priorities regarding Holocaust education are also reflected by the inclusion of “human rights” advocacy in organizational titles. While the Holocaust might apply when used in discussing other atrocities like the genocides in Darfur, Rwanda, and elsewhere, it is wholly inappropriate for anything less.

The recent decision by the Holocaust Education Resource Center (HERC) in Florida, to run an exhibition featuring photographs taken in the aftermath of the horrific killing of George Floyd also serves as an example of the evolving nature of Holocaust education (and not in a good way). For some, memorializing the six million Jewish souls who perished is a task that must always be compared to common times; while recognizing some similarities in underlying conditions of different time periods and countries might apply, using the Holocaust to discuss racial conflict in America is simply not acceptable.

Along with these examples, the espousing of Holocaust comparisons on the right is growing in frequency as well — as evidenced by statements made by Congresswoman Mary Miller (R-IL) who said that “Hitler was right on one thing” when talking to a group of Trump loyalists on January 5th about propagandizing to children (she later apologized). Appearing on Fox News earlier this month, conservative pundit Glenn Beck also likened the recent censorship by Twitter and Facebook to a digital ghetto.

Underscoring the importance of Holocaust and Nazi comparisons coming from the right is the growing number of Republican lawmakers on the state level who are making these egregious analogies. Examples include Idaho Rep. Heather Scott calling Governor Brian Little “Little Hitler,” due to COVID restrictions that are meant to save lives, while Arizona lawmaker Mark Finchem still refuses to apologize for a tweet he made comparing the cancellation of a political fundraiser by a major hotel chain to the terror unleashed by Hitler against the Jews.

This brewing issue on a state level may have Federal consequences one day. As our nation polarizes — and the fringes in both parties keep improving their numbers thanks to primary challenges — one only has to look across the political aisle to see that years of shrugging one’s shoulders in indifference will eventually yield to fringe elements gaining a foothold in Congress.

Speaking to the Endowment for Middle East Truth (EMET) recently, Holocaust survivor Sami Steigmann remarked how if one were to stand in silence for one minute to honor each of the six million Jewish lives that were lost in the Holocaust, the total time spent standing would come to eleven and a half years.

Perhaps the best way to memorialize the lives lost during the Holocaust is to pass on their stories along with the Jewish story of resilience. Politicians can do a better job refraining from using our tragic past to serve their political needs. But so can we.

(Irit Tratt obtained her Masters in International Affairs with a focus on the Middle East from The George Washington University. She worked as a Legislative Assistant handling foreign affairs for several members of Congress. She is a freelance writer who has been published on numerous sites around the world. She currently lives in New York with her family) 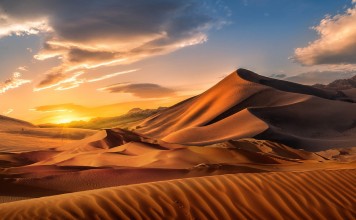 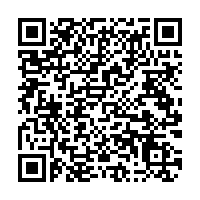