If George W. Bush had gone out and chosen his own opponents he would not have had a better line-up. With the Democrats’ infighting and backbiting and torrid tributes to Jimmy Carter President Bush is going to slam dunk his re-election.General Wesley K. Clark Governor Howard Dean Senator John Edwards CongressmanRichard A. Gephardt Senator John Kerry Congressman Dennis Kucinich SenatorJoseph Lieberman and Rev. Al Sharpton: Some nice guys. Some not so nice guys. But not one is a real contender against Bush’s record.After the Iowa caucuses Howard Dean’s frontrunner status may be somewhat dimmed or at least his exuberance doused. He has though artfully managed to turn the backslide into the back-slither. In Howard Dean’s world Osama bin Laden is innocent and Hamas terrorists are soldiers. Then again what can you expect of Jimmy Carter wannabes. John Kerry would make Jimmy Carter and/or James Baker his envoys to Israel.Howard Dean jetted off to Plains Georgia in the midst of critical campaign mode in Iowa to be in the presence of Jimmy Carter at church services and yet he didn’t merit an endorsement from one of the architects of the Geneva Accord. Lest we forget Carter heaped condemnation on George W. Bush for not addressing the suffering of the Palestinian people. Jimmy Carter loves the Palestinians and Howard Dean loves Jimmy Carter. Many of the candidates are overdosing on hateful rhetoric against a sitting president while the country is at war and under attack by terrorists. It has gone well beyond civil discourse. Primaries are important but so is patriotism. And visceral hatred spewed at an incumbent president is music to the ears of our enemies.While Howard Dean like John Kerry may favor Jimmy Carter as a Middle East envoythat’s not his biggest problem. It’s just one in a series of missteps that put him squarely at odds with the Jewish community. Dean stated that he would support an even-handed policy towards the Palestinians bringing into question more than 50 years of U.S. policy. Before Dean’s presidential aspirations expressed themselves he expressed himself with greater candor a candor that may not be all that great for a presidential hopeful. NBC unearthed an interview in January 1998 when Dean went on the record saying that there will probably be good and bad if Hamas seizes control of the Palestinian Authority. Then in February 1999 Dean sounded off again on Israel’s role in the failure of the Oslo Accords. He said But the  truth is that what’s happening here is Netanyahu has thrown away the chance of a lifetime to negotiate with people he could negotiate with. Dean has strong opinions about Israel and the Palestinians. He did before he considered a run for the top spot and now that he thinks he’s got the White House in his sights he’s trying to keep it all together but the strain is showing. He was looking anything but presidential at the last debate in Iowa when he lost it and shouted to an elderly man who was heckling him You sit down! You had your say! If Howard Dean is volatile Joe Lieberman is the nice guy in the pack of Democratic candidates. My personal impressions of him are of a decent warm man. Still how can I forget that four years ago as Al Gore’s running mate he reversed himself on vouchers affirmative action moving the embassy to Jerusalem and so many of his moderate positions? He became afraid to be himself afraid to be perceived as being too favorable to Israel. Contrast that with Al Sharpton who doesn’t forget who he is who hasn’t changed his positions or his platform throughout his political career and who isn’t afraid of being too anything. Wesley Clark remains the wild card. Yesterday he was a Republican. Today he’s aDemocrat. What will he be tomorrow? In 2002 he praised President Bush’s decisions. Today he’s a Democratic candidate. The world can change in an instant; it did on 9/11. However our belief system should have some constancy regardless of whether we want to park on Thirteenth Avenue or Pennsylvania Avenue.Four years ago the warnings and admonitions were rampant. Another Bush in the White House would threaten Israel. You heard that refrain over and over again from the anti-Republican sector. There were cautionary tales of George W. Bush being too much like his father and reinventing the policies of Secretary of State James Baker. That never happened. I never believed it would happen and that is why I confidently voted for George W. Bush.Those in the upper echelons of the Israeli government across the political spectrum will tell you that the son is not the father and that this president has been one of the greatest friends of Israel since the Jewish state’s creation in 1948. It is a given however that the administration is not infallible. The Department of State could use a little fine-tuning but it is as always the domain of diplomats not leaders. On so many issues that are fundamental to the Jewish community George W. Bush as of this writing is on the same page as most of the readership of The Jewish Press. If as a Jew your core issues are gay rights gay marriage abortion etc. then George W. Bush is the wrong man to lead this country. But for the rest of us what other choice is there? 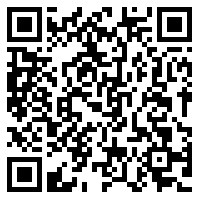