In a year of chaos and uncertainty, perhaps it is fitting that we won’t know for a while who won the presidential election. There are still plenty of votes to count in some key states, and perhaps plenty of legal wrangling to untangle the mess. It may get ugly. We don’t know.

But while we wait for closure, it’s worth asking a few questions, such as: How could all these polls be so wrong? And what did the media and the Democratic party miss?

“Tuesday was an abject disaster for Democrats in Washington,” stated the influential Politico Playbook newsletter this morning. “To imagine the amount of soul searching and explaining the party will have to do after Tuesday is absolutely dizzying. The infighting will be bloody — as it should be. We fielded text after text from Hill Democrats Tuesday night and early Wednesday morning with existential questions about their leadership and the direction of their party.”

From Axios AM, another influential newsletter:

“Recognize that we paid way too much attention to polls, which have even more limitations than we realized. It was a terrible night for polling. They were wrong, almost all of them, almost everywhere. Save yourself time and stop watching them so closely in elections… Understand that Trump’s appeal was broader than believed. He actually found new voters. Many of them were the working-class, white males who are the base of his base. But there were more of them.”

I know this is painful for many Democrats to hear, but there are a whole bunch of Americans out there who don’t hate Donald Trump.

They may have plenty of issues with him, but they won’t go as far as blaming him, for example, for the deaths of 230,000 Americans during the pandemic.

In fact, if I had to name one blunder in the Democrats’ campaign, that would be it: Bashing Trump over the horrible pandemic death count.

Bashing is not a strategy. It doesn’t tell people what you will do for them, or what you will do differently. If voters think you will impose more lockdowns and force them to wear masks and trigger a dark economic winter, science or not, how appealing does that look?

I can’t prove this, but here’s what I think: The Democrats focused so much on the pandemic in order to connect the darkest year in recent U.S. history directly to Trump, hoping that voters would blame him for, or at least associate him with, the disaster. But for all of Trump’s mistakes and stumbles, for many voters that was a bridge too far. Would fewer Americans have died in 2020 under a President Biden? Trump haters may believe so, but plenty of reasonable people didn’t.

The hatred of Trump, in other words, may have gone so far as to backfire on some of the haters.

Trump-hating Democrats conveniently looked the other way when their own side went too far, when violent protestors called to “defund the police” or when the mainstream media showed its blatant anti-Trump bias. They assumed that if they closed ranks and kept mum on what they knew was wrong, it would help them take Trump down.

Thus, they could rarely bring themselves to give him credit for anything, which further hurt their credibility. Anything bad was his fault; anything good was someone’s else’s doing.

More than anything, the extraordinary, unequalled four-year assault on one man came back to haunt the Democrats. I understand the assault. Many reasonable people really do believe that Trump is a threat to America, to our democratic norms, to our sense of decency and to our future. If you believe that, why not engage in an all-out assault?

For starters, that’s not the way to win big. The combination of contempt for Trump and self-righteousness blinded many Democrats to different views and different people. They forgot to look in the mirror and see how they might come across to “deplorables” whose votes they might need one day.

They looked at the polls and figured they could pull off an easy victory without doing any soul searching. Who wants to do soul searching when you don’t have to?

Here’s the crazy thing. Four years ago, we were having a similar conversation. The shock of Trump’s victory led to honest conversations in the media about the need to learn more about Trump voters—about their genuine grievances and genuine concerns.

Now we’re back to where we started: A democratic electorate that is utterly befuddled that so many Americans can vote for this man.

If there is one lesson Democrats can take from this election, it is humility. They ought to stop acting as if anyone who won’t vote like them must be a racist, a bigot, a fool or an ignoramus.

It’s ironic that one reason the polls were so wrong is that many Trump voters are afraid to admit their allegiance, lest they be cancelled or ostracized. What does that tell us about leftist intolerance or the state of free expression today?

Here’s another irony: If Biden pulls out a victory, that will pretty much guarantee the absence of any soul searching, and the hardening of the walls between our two Americas.

On second thought, I take that back. If the Democrats refused to look inward when they lost to Trump four years ago, perhaps they will do so now if they beat him.

After all, this is 2020, the year when anything can happen. 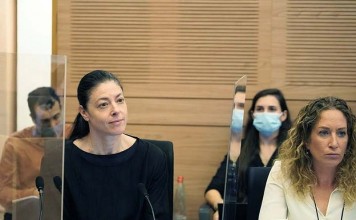 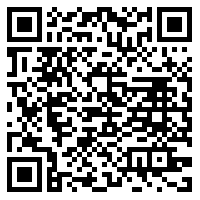