If I only had a dollar for every time I’ve heard that over the past eight years. Having written a book on the faith of George W. Bush, I was pummeled by liberals for not conceding that Torquemada had risen from the grave and was now running America from 1600 Pennsylvania Avenue.


The evidence proffered ranged from the comical to the deranged, and was infused with an astonishing dose of historical illiteracy. This was ironic, given that those leveling the charge—whether the run-of-the-mill angry left-wing e-mailer or the predictable professor from some secular university—prided themselves on their brilliance, in obvious contrast to Bush’s ignorance.

Never mind that George W. Bush’s presidential remarks on religion were mild compared to the musings of liberal icons like FDR and Woodrow Wilson.

The left’s favorite example of President Bush’s looming theocracy was his faith-based initiative. This sent secular liberals over the edge, a bloody bludgeoning of the bright, unmistakable, thousand-foot-high wall separating church and state.

It began with one of the first acts of Bush’s presidency: he signed an executive order creating a White House Office of Faith-Based and Community Initiatives. The goal of the office is to provide local community “helpers and healers” (Bush’s words)—who operate within religiously affiliated organizations—with federal money to help advance their work.

Not everyone shared Bush’s enthusiasm for the office; it came under fire in his first press conference, where he was lectured by veteran reporter and noted Constitutional scholar Helen Thomas, who reacted as if the new president had authorized an Office of Christian Crusading:

Thomas: Well, you wouldn’t have a religious office in the White House if you did.

Bush: I didn’t get to finish my answer, in all due respect. I believe that so long as there’s a secular alternative available, we ought to allow individuals … to be able to choose a faith-based program…. [S]ome of the most compassionate missions of help and aid come out of faith-based programs. And I strongly support the faith-based initiative that we’re proposing, because I don’t believe it violates the line between the separation of church and state, and I believe it’s going to make America a better place.

Thomas: Well, you are a secular official…. And not a missionary.

Bush, polite to a fault, let Thomas have the last word, as he has with nearly every liberal who has rolled all over him for the past eight years.

Yet there was a hidden surprise for liberals: While they doggedly insisted that Bush’s new office forged the backbone of an emerging theocratic regime, they neglected to notice that there were politicians on their side of the aisle that liked it.

One such Democrat was Hillary Clinton. On January 19, 2005, Sen. Clinton addressed the National Ten Point Leadership Foundation and the Ella J. Baker House, two boosters of faith-based initiatives. “There is no contradiction between support for faith-based initiatives and upholding our constitutional principles,” she declared, correctly. Clinton said there was a “false division” between faith-based solutions and church-state separation and demanded that public officials be permitted to “live out their faith in the public square.”

When I began speaking on Hillary Clinton’s faith, I warned university audiences to brace themselves for the likelihood that a President Hillary Clinton would not only refuse to cast Bush’s faith-based initiative into a lake of fire, but, quite the contrary, would embrace it. This elicited expressions of horror from Hillary advocates in the crowd, as if I had just said that a Hillary presidency would resume the Bush practice of drowning witches in the Potomac.

Well, it turns out that Hillary will not get that chance. Lo and behold, however, Barack Obama promises the same—and then some. Recently, Obama not only commended Bush’s pet project but said he would enlarge it; in fact, it would form the “moral center” of his presidency. 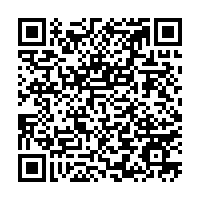