In response to: Rabbi Dr. Natan Slifkin’s “Must a Jew Interpret Bereishis Literally?”

In his article, “Must A Jew Interpret Bereishis Literally?” Rabbi Dr. Natan Slifkin makes it sound like evolution stands on solid scientific ground. He states, “[O]nly people who have religious objections to evolution believe [evolution has been scientifically discredited]…. In the scientific community, evolution is regarded as well-proven.” Not quite.


There’s a long list of bona-fide scientists who discredit evolution based on science – not religion. Discovery.org alone has a list of over 1,000 scientists from top universities with impressive degrees – PhDs in chemistry, biology, astrophysics, geophysics, genetics, etc. – who don’t see evolution as scientifically viable. They released a combined statement, saying:

“We are skeptical of claims for the ability of random mutation and natural selection to account for the complexity of life. Careful examination of the evidence for Darwinian theory should be encouraged.”

The truth is that the “science” of comparing similar skeletal and bone structures is really like taking a self-administered Rorschach test. It is so subjective that you could conclude based on finding a few strings buried next to some old chicken bones that prehistoric chickens used dental floss.

It’s very possible that one life form can produce another of a completely different structure. But such an occurrence would not be an evolutionary process, but the result of sophisticated genetic properties. The fact that we currently have no scientific understanding to explain this phenomenon doesn’t make a completely baseless theory of evolution a viable option.

As for the age of archaeological finds: Scientists use radiometric dating to determine how old an ancient item is. When organisms die, the radioactive elements they absorbed during their lifetime start to decay and are not replenished. By measuring how much radioactivity is left, scientists extrapolate back in time to determine when the organism died.

This method, though, contains two flaws: First, we don’t know how much radioactive material the organism had in the first place. Second, it assumes, with no basis, that radioactive decay remained constant throughout history. In 1994, Await Reifenschweiler, a scientist at the Philips Research Laboratories in the Netherlands, showed that the radioactivity of tritium could be reduced by 40 percent at temperatures between 115 and 275 Celsius. In other words, under certain conditions, the environment can affect radioactive decay.

Since then, a number of scientists have observed environmental conditions greatly accelerating radioactive decay – which means an archaeological find that appears to be billions of years old may very well be only thousands of years old.

Ironically, both scientists and Biblical scholars agree that the earth has gone through some extreme conditions in its history; they just don’t agree on what those conditions are. According to most scientists, our planet has been pounded by meteorites throughout history. One such impact, allegedly 65 million years ago, was so intense that it resulted in mass extinctions, including the extinction of the dinosaurs. The earth has also gone through several ice ages. The last one ended an alleged 10,000 years ago, after lasting an alleged 60,000 years.

According to Bible scholars, meanwhile, our planet went through a catastrophic global flood of boiling water. Most – if not all – of the above events would have greatly affected radioactive decay. Thus, the ages of fossils or artifacts are not all based on realistic science.

The speed of light (186,000 miles per second) is one of nature’s many “constants,” but recent observations have shown that the value of these “constants” may actually vary in different parts of the universe. Furthermore, these constants are just as much a part of creation as the planets, water, fire, etc. It’s preposterous to assume that the act of Creation was in any way limited or restricted by the very natural forces it created!

During Creation, nature, as we know it, did not yet exist. It was certainly possible, therefore, and I believe very probable, that light was not confined to today’s “light constant,” which would only be “constant” once creation was completed. Light during the six days of creation could very well have traveled much faster than it travels today, and possibly even traversed the universe instantly.

And with nature’s “constants” operating at such accelerated paces during creation, it’s certainly possible that everything we see today was created in literally six days – and I believe that to be the case. 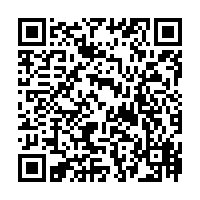