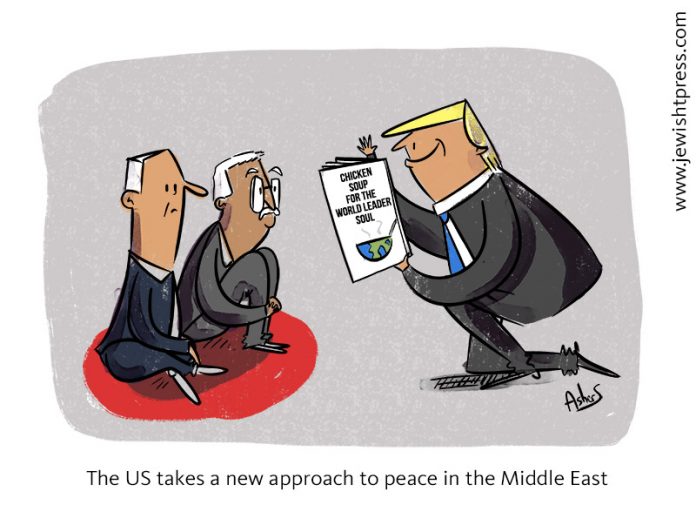 At a much darker hour in Jewish history, prior to the U.N. vote in 1947, David Ben-Gurion said: “We hold no illusions, but do not despair. For us Jews, and particularly Zionists, two things are forbidden: easy optimism and sterile pessimism.”

That dictum, “no illusions, no despair,” is the headline of a national security policy plan for Israel’s new government that will be released next week by the Jerusalem Institute for Strategy and Security (JISS).

At the basis of the plan’s 14 concrete policy recommendations is the assumption that Israel must be ready for war on three fronts against an Iranian-led coalition. This means preventing the emergence of an Iranian war machine in Syria and Iranian long-range missile bases in Iraq; presenting a credible capacity to strike Iranian nuclear targets and the ability to withstand an intense missile war; and preparing ground forces capable of swift maneuver and attaining decisive outcomes (“mowing the grass”) in the two Palestinian arenas.

All this will test the cohesion of Israeli society, the strength of the IDF, and Israel’s diplomatic agility. Therefore, say JISS fellows, the new government must nurture a spirit of unity and national purpose by building a policy consensus as broad as possible.

Among other this means avoiding risky diplomatic escapades like unilateral withdrawals from parts of the West Bank; withdrawals that would unnecessarily and unjustifiably tear the country apart while feeding unrealistic Palestinian expectations – without any real diplomatic reward for Israel.

“Indefinitely managing the conflict with the Palestinians is not a cowardly choice by hapless political and military leaders, but a rational choice,” write the JISS fellows. “Especially when the Iranian challenge looms larger than ever on Israel’s horizons.”

To this I add: Judicious conflict management requires a steady hand at the helm of state, and self-confidence in the justice of Israel’s long-term interests. Most of all, it requires patience.

As for the extension of Israeli law to settlements in Judea and Samaria, here too the JISS plan urges restraint. “No action should be taken until the Trump administration peace initiative has been exhausted; and even then, Israeli moves should adhere to the contours of broad national consensus” (meaning the settlement blocks, the Jordan Valley, and other key strategic areas).

The big exception to this rule is Jerusalem. Israel’s national security requires control over Jerusalem and its very broad environs. Reinforcing Jerusalem should be a high priority, with the government acting to bolster the Zionist majority in the city by massive building in the E-1 quadrant (despite Palestinian and European objections) and linking the city to Maaleh Adumim and eventually to the Jordan Valley.

The plan also recommends that Arab parts of the city be governed more firmly and fairly. This means that resolute action needs to be taken against radical elements who seek to change the status quo on the Temple Mount, and against foreign elements (like Turkey and the EU) who undermine Israel’s sovereignty in the Jewish People’s historic capital. At the same time, the government should encourage greater integration of eastern Jerusalem Arabs in Israeli life through investment in infrastructure and education.

JISS fellows say that Israel should welcome the so-called “Deal of the Century” about to be unveiled by Washington and agree to negotiate on its basis. The reason for this is simple: Hopefully, the Trump plan will upend stale “common wisdom” regarding the Israeli-Palestinian conflict and offer more realistic contours. (This is often termed EKP – the “Everybody Knows Paradigm” for Israeli-Palestinian peace, something like the “Clinton Parameters”). In any case, Israel must be ready for a security deterioration if, as expected, Palestinian leadership rejects the American initiative.

Other diplomatic and defense recommendations in the JISS plan are to prioritize relations with Egypt and Jordan while seeking new partnerships in the Arab world; exact a price for Erdogan’s provocations and bolster alliances in the eastern Mediterranean; preserve bipartisan support for Israel in the US; maintain active dialogue and deconfliction channels with Russia; act boldly to find European anchors to negate hostile attitudes in Brussels; tread carefully amidst rising tensions in Asia; and enhance Israel’s diplomatic toolbox.

This should include appointment of a full-time Minister of Foreign Affairs; a return to the foreign ministry of professional units dispersed among other ministries; the allocation of additional budgets for diplomacy; the enhancement of MASHAV (Israel’s foreign aid agency) and the integration of Israeli (and Jewish) NGOs in aid projects overseas; and training cadres of professionals who can communicate with an increasingly attentive audience in the Arabic-speaking world.

The Jerusalem Institute for Strategy and Security was established in 2017 to express a realist strategic worldview. It promotes the Jewish People’s historic connection to the Land of Israel “as a central component of security and national identity,” and advances “pragmatic policies that keep Israel strong and will lead to stable diplomatic arrangements in the long term.”

My sense is that the Israeli public has long hankered for expert analysis that would validate its healthy conservative instincts in matters of war and peace. The Jerusalem Institute for Strategy and Security is the answer to this need. Thus, it is not surprising that the key word in the JISS national security plan is “caution.”

Israel is a strong country and its strategic position is better than ever. Nevertheless, it still faces significant security challenges; primarily from the Iranian regime and its proxies, alongside a violent and intractable conflict with the Palestinians. Therefore, the IDF must be geared for war. This is the ultimate test for Israeli society, too. 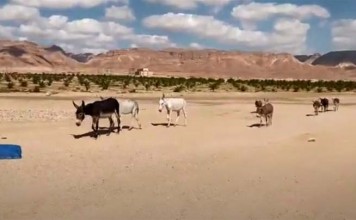