If you had to name the seven Noahide laws (and didn’t remember them from your yeshiva days), what would come to mind?

Of course, there are the obvious prohibitions against murder, theft, and illicit sexual relationships. There is the commandment not to eat from a live animal (eiver min hachai) – in a sense, directing one toward harmony with nature and respect for G-d’s lower creations. And there are two laws addressing one’s relationship with the Creator Himself: Do not curse G-d, and do not worship other gods (which puts a line through most of the world’s other religions).


That makes six. So what are we missing? Not a commandment to honor one’s parents or to not covet another’s possessions, as might be expected. Number seven, directed at the community rather than the individual, is a rather surprising choice: batei din, an imperative to set up courts and administer justice.

Considering that we have 613 commandments of our own to follow – and our own (today uncentralized) religious courts – what relevance does the Noahide mitzvah of dinim have for us?

According to the Rambam and many subsequent poskim, the obligation of dinim applies to all humanity, Jews and non-Jews. Interestingly, the Ohr Sameach says that the sheva mitzvot bnei Noach obligate Jewish youngsters who understand right from wrong but have yet to reach the age of mitzvot.

But beyond the halachic parameters of this commandment is an appreciation of the supreme importance G-d places on the provision of justice in society. It’s not enough to be an upstanding and believing person in your private life. G-d expects us all to join the Justice League – to support public institutions that uphold civil law, encourage moral and ethical behavior, and deter and punish malfeasance.

The last few years have seen crime skyrocket across America. Twelve major cities broke homicide records last year, following a 30 percent increase across the nation in 2020. So-called “smash and grab” robberies – brazen commercial theft committed in broad daylight as security guards stand by helplessly – have led major chains to shutter stores and law-abiding citizens to think twice before going out to shop. Hate crimes have surged to the highest level in more than a decade.

This rise in crime comes on the heels of nationwide anti-police protests alleging racism. Supported by the once far-left and now dominant stream of the Democratic Party and by cultural elites with virtually no stake, the “defund the police” movement made icons of career lawbreakers who had the misfortune of dying at the hands of police officers. Major cities read the mood and slashed department budgets, while thousands of cops chose to leave the profession due to the backlash.

The trend away from longstanding criminal justice principles has steamrolled through the legal system as well. Under recent bail laws passed in New York, for example, judges must suspend their judgment and release dangerous defendants back onto the streets. Manhattan’s new D.A., echoing his counterparts in other big cities, is downgrading a bevy of felonies, including armed robberies, to misdemeanors. He also says he won’t prosecute fare evasions, resisting arrest, or driving with a suspended license, and his office will no longer request sentences of life without parole even for the most heinous crimes.

This woke vision of justice promotes the rights of the lawbreakers at the expense of the law-abiding. Punishment, accountability, even labeling offenders as criminals (they’re now “justice-involved persons,” which sounds like community volunteers) – those are old-school notions. The line between perpetrators and victims is increasingly blurred.

Large portions of contemporary society disregard the Noahide laws of personal and sexual morality. And despite their high-minded perorations, the politicians they elect fail to maintain a justice system founded on Noahide principles. The result of this broken social contract, as the biblical Noah himself saw, is chaos.

While justice must be tempered with sensitivity, just as in parenting our children we try to discipline with love, our Sages warned us against misplaced mercy: One who is compassionate when he should be cruel will come to be cruel when he should be compassionate. Those who champion the new concept of justice might have good intentions, but then so did Saul when he spared the life of Amalek’s king against Hashem’s orders, inspiring Chazal’s teaching about the danger of unchecked subjectivity.

Only when society accepts that there are objective categories of wrong and right can we navigate complex moral and ethical issues without getting lost in a morass of gray. 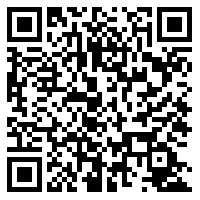