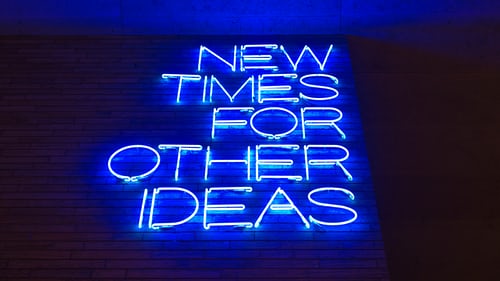 Antisemitism is on the rise. In response, organizational American Jewry has united behind a slogan: No Fear. A July 11 “Rally in Solidarity with the Jewish People” in Washington, D.C., kicked off the campaign. Its august list of sponsors drew from across the political and religious spectrum—along with a precious few non-Jewish allies. Organizations that agree on very little apparently agree that Jews should not be afraid.

But what was billed as a forceful show of conviction and solidarity became an excruciating show of weakness and apathy. The entire exercise was worse than meaningless. It was a self-aggrandizing, feel-good demonstration spearheaded by some of the most famous brands in American Jewish leadership, along with many smaller organizations that typically accomplish far more with tiny budgets and little fanfare. In all, dozens of groups claiming to represent millions of Jews were listed as sponsors.


In the end, the event failed even as a performative gesture, with coalition leaders claiming a meager 2,000 attendees, while The Washington Post placed it in the more realistic hundreds. Outside of niche Jewish press, the event went otherwise unnoticed by the media. The Jews’ enemies, on the other hand, got the message loud and clear: Have No Fear—it’s open season on Jews and nobody cares.

This dismal outcome was inevitable, as the No Fear campaign suffered from at least two obvious flaws: Its message is inane, and its leadership is unserious.

Consider the message. Around the Western world, Jews have been getting attacked in the streets: hunted, chased, beaten, burned, and stabbed. The French courts have recognized inebriation as a legitimate alibi for murdering Jews and Holocaust survivors. In recent months, we’ve seen Jews assaulted in Los Angeles, New York, and Boston. Dozens of “pro-Palestine” rallies calling for the genocide of Israel’s Jews and the murder of Jews everywhere have swept through American streets from the Bay Area to Boca Raton. Jewish students and faculty are bullied, demonized, and terrorized on American college campuses. Corporate America and teachers’ unions are pushing new racialist narratives and curricula that single out Jews as a “white” identity group uniquely deserving of hostility.

In the end, the event failed even as a performative gesture.

No fear? Don’t kid yourself. The world’s Jews, and diaspora Jews especially, should be terrified. A Jewish adviser to President Joe Biden recently suggested on social media that American Jews ought to consider taking off their yarmulkes and other outward symbols of Jewishness. Jews under the age of 75 living in the United States and Western Europe have never experienced this much hatred this close to home. What they need is genuinely fearless leadership, not empty sloganeering. They’re not getting it.

Sunday’s humiliating rally demonstrated that many of the most prominent sponsoring organizations have spent decades dissolving any sense of coherent Jewish identity and conspicuously replacing it with a progressive agenda they absurdly call “Jewish values.” Hamstrung by their elevation of organizational interests and partisan political alliances above Jewish welfare, their solemn spectacle of “solidarity” couldn’t even define its own terms.

Not only has it proven incapable of identifying the most conspicuous threats to Jews, but today’s American Jewish leadership cannot even agree on what constitutes antisemitism. Almost two decades ago, the International Holocaust Remembrance Association (IHRA) drew upon scholars and government representatives from around the world to craft what has become the internationally recognized consensus definition of antisemitism:

Antisemitism is a certain perception of Jews, which may be expressed as hatred toward Jews. Rhetorical and physical manifestations of antisemitism are directed toward Jewish or non-Jewish individuals and/or their property, toward Jewish community institutions and religious facilities.

To accompany this definition the IHRA also lists 11 concrete examples of antisemitism. Much of the EU, Israel, the United States, and the United Kingdom have adopted it in full. For most of these countries, full adoption was nonpartisan and uncontroversial. In the United States, it was embraced by both the Obama and Trump administrations.

Problems first began in the U.K. After the Tory government adopted the full IHRA definition, then-leader of the Labour Party Jeremy Corbyn insisted on editing out several examples of antisemitic behavior and rhetoric related to Israel prior to adopting it on behalf of his party. These exclusions were critical for Corbyn and his closest allies, who had engaged in precisely the types of antisemitism the IHRA highlighted.

Corbyn’s maneuvers alienated even the most diehard Labour supporters in the U.K.’s historically pro-Labour Jewish community—as well as all Britons who find antisemitism repellent. It did not, however, end the matter. Over the past few years, an increasing number of organizations and individuals have also found themselves in Corbyn’s dilemma: They want to indulge in or excuse antisemitic incitement against Israel and its supporters while claiming to oppose antisemitism.

Since the 2018 election and the rise of the squad, antisemitic rhetoric disguised as “criticism of Israel” has become increasingly mainstream among Democrats and key elements of their base. With the concomitant rise of racialist identity politics as a Democratic platform, attacks on Jews as inherently “privileged” and irrefutably “racist” went mainstream. It was inevitable that this toxic nonsense would contaminate the American Jewish leadership class itself. When the Conference of Presidents of Major Jewish Organizations sought to adopt the IHRA definition, it faced pushback from among its own members. Let that sink in: There are well-established major Jewish organizations promoting Jeremy Corbyn’s diluted definition of antisemitism.

Rather than adopt the unabridged IHRA definition, the No Fear coalition instead offered its own “Statement of Inclusion”:

We stand against all hatred. We know that we cannot truly defeat antisemitism if we allow other forms of hatred within our midst … This coalition will not tolerate expressions of racism, Islamophobia, misogyny, classism, ableism, homophobia, transphobia, xenophobia or any other hate … Our tent is big, but those who espouse hate must stand outside it.

Addressing antisemitism by subsuming it in the even distribution of other unrelated bigotries shows just how cringingly fearful Jewish leadership has become. Perhaps a coalition of Jewish leaders genuinely committed to fighting antisemitism would have drawn an even smaller crowd than the one on July 11. But we doubt it. Strength and principle are precisely what’s missing; authentic Jewishness is glaringly absent. Such a coalition can no longer come from the biggest brand names in organizational Jewry. They have debased themselves, disrespected their supporters, and degraded their missions for too long.

The Anti-Defamation League, for example, has long benefited from a reputation as America’s leading watchdog against antisemitism. For decades, committed Jews, well-meaning allies, and antisemites seeking expiation have flooded the ADL’s coffers. Thanks to their longstanding magnanimity, many decent ADL supporters would find it deeply painful to concede that the organization has been a miserable failure. But the ADL failed to stop or even warn of the significant rise in American antisemitism that has now been recognized across the political spectrum.

The ADL is not alone in its failures; few of the other prestigious Jewish organizations headlining the No Fear coalition have done much better. But its performance is illustrative of the broader problem. On the eve of the rally, the ADL’s CEO Jonathan Greenblatt admitted in a Newsweek column that “the left has an antisemitism problem.” According to Greenblatt, “while extremism on the right has dominated the public conversation for much of the past five years … right now the challenge is also rising among certain elements of the far left.”

Greenblatt implies that this is a new and surprising phenomenon, but antisemitism found its most comfortable philosophical and political home on the left several years ago. President Obama’s strategy of distancing the United States from Israel while bolstering Iran was accompanied by a deliberate demonization of the Israeli government and more than a few intimations that Jewish money and influence were responsible for the domestic unpopularity of the administration’s nuclear deal.

In response, Greenblatt himself spent years leading numerous witch hunts, using the ADL imprimatur to tar opponents of the Obama administration’s Iran policy with the brush of antisemitism. Under the leadership of a partisan political operative, the ADL has been far more committed to the welfare of the Democratic Party than to the welfare of America’s Jews.

It’s no surprise, then, that antisemitism is enjoying normalization across the mainstream of Democratic politics. Just as in Corbyn’s Labour Party, antisemitism now permeates the Democrats’ progressive base. If nothing else, the one thing that Black Lives Matter, the Women’s March, the squad, the Democratic Socialists of America, the teachers unions, and the entire intersectional movement all share in common is a nagging antisemitism problem. These are not fringe movements, but valued members of the Democratic coalition, often used as campaign surrogates and enjoying public endorsement from leading Democratic politicians.

None of this is to say that there is no antisemitism on the right. Republican politicians and right-leaning pundits also stray into stereotyping, invoke antisemitic tropes, trivialize the Holocaust, hold Jews to unique double standards, refer to the canard of dual loyalty, and accept endorsements from outspoken antisemites. But Republican leadership and the Republican Party in general have been far more willing than Democrats to call out such behavior from their own colleagues, and to distance themselves from both the transgressors and their transgressions. On the political right, antisemitism is increasingly the exception; on the left, it is fast becoming the rule. Most people on the left are not antisemites, but antisemites now hold most of the left’s power.

“No Fear” may be a fine aspiration, but it’s deeply misplaced as a substitute for bold action against dangerous forces. In the current climate, fear is deeply rational. Antisemitism is on the rise, it has a strong and tightening grip on elite and establishment opinion, and the primary organizations Jews trust to protect us have instead abetted its rise. It’s past time for America’s Jews to move on from their traditional leaders and organizations in favor of new ones willing to speak honestly and act.