The September 11th, 2001 attacks, which caused the death and injury of thousands of innocent people, propelled the important question regarding the true source of terrorism to the top of the world agenda. Everyone who is knowledgeable about the real spirit of Islam knows that this kind of insane fanaticism has no place in the Islamic faith. Such actions are expressly forbidden as revealed in the very Word of God Himself.

According to Quran, one’s murdering an innocent person for no reason is “… as if he had murdered all mankind” (Quran, 5:32), and it is stated that “Allah does not love mischief makers” (Quran, 28:77). The Quran also gives an example of a gang of nine men who caused corruption in the land by swearing in the name of Allah (Quran, 27:48-50). Thus, the fact that people do things “in the name of Allah” or even swear in His name, does not mean that what they do is in conformity with Islam. They may use the kind of language designed to show themselves as very religious, but the existence of hypocrites who commit wickedness condemned by God is also explicitly indicated in the Qur’an. So no one should be deceived by the fact that a terrorist may exploit religious concepts or symbols.

Of course, terrorism is not unique to the Muslim world. Violent terrorists have existed in other religions, and also in atheist groups. The term “reign of terror” was coined in the French revolution by the most radical, anti-religious faction – the Jacobins. Terrorism was used as a matter of ideology by leftist revolutionaries ever since, but also by other extreme movements that distorted other religions. No matter what justification these people might claim to have, be it their faith, or ideological goals or nationalistic ideals, they have undergone a systematic training to make them murderers.

It’s not so easy for a man to reach the stage where he is capable of killing another human being. Unless we are talking about a depraved mind, when a person sees targeting innocent people or killing women and children as some kind of victory, then it’s impossible for that person to claim to have any conscience or fear of God whatsoever. However, no one is born a terrorist. To be a terrorist they receive a specialized, and diabolical education. Before giving guns to youngsters, they are rigorously indoctrinated with a false belief that turns them into killers. And just as they can be made into monsters through false education, faith and knowledge, they can become the exact opposite through true education, faith and knowledge. If there are those capable of turning people into terrorists with false indoctrination, we can, in turn, collapse their false beliefs about the need to fight and kill.

It is no secret that international policies of combating terrorism and radicalism have fallen short. In the past it was also presumed that military solutions would work, yet each and every time it was proven that wrong ideas and false beliefs will not be changed or eradicated with bombs or guns. This was because leaders of old often disregarded the importance of true religious teachings, or ignored the need for the influence of wise religious leaders in overcoming the problems of the day. Political leaders are responsible for the future of a country, but spiritual leaders can be influential in shaping people’s souls and that is far more essential to solving social problems.

The main resource that keeps so-called ‘Islamic terrorism’ alive are the radical groups that wish to use Islam as a rationale for their hunger for violence. When we look at their ideological background and how they were trained, we can clearly see that their leaders are under the influence of ostensibly Marxist, Communist movements, and that their followers are largely ignorant extremists. However, anarchy and terror are an essential means employed by Marxism and Communism. These words of Lenin’s make this perfectly clear:

“We cannot reject terror, as it is the one form of military action which may be perfectly suitable or even essential at a definite juncture in battle.” (V. I., Lenin: “Where to Begin”, Collected Works, vol. 5, Moscow, 1961, p. 19)

“… When people charge us with harshness, we wonder how they can forget the rudiments of Marxism.” (“Speech to the All-Russia Extraordinary Commission Staff,” Collected Works, vol. 28, pp. 169-170)

The “Arab Socialism” movement that deeply shook the Arabic world in the 1950s and ’60s brought together an extreme form of nationalism and fanatical third world Socialism. It combined a slightly diluted version of Soviet Communism with an intense Arab nationalism, and generally followed the Marxist principles of class conflict and so-called dialectic development. And war never ends in dialectic thinking; according to this mindset, there is constant conflict, constant struggle, between opposites. Saddam Hussein in Iraq, George Habash in Palestine, General Gamal Abdel Nasser in Egypt, Ahmed Ben Bella in Algeria, Habib Bourguiba in Tunusia, and many others were to greater or lesser degrees Marxist leaders, and many who came to power after them were still under the influence of Marxist ideologies, mixing these atheistic teachings with the Islamic traditions of the region. After being combined with bigotry, an impure form of Islam began to spread; however, it should be noted this is no longer Islam itself. Therefore, unless an intellectual campaign is started against these ideologies that form the basis of their terrorism—killing the terrorists, or dropping bombs on them, or jailing the leaders won’t do any good. Indeed, over the decades we have seen this happen time and time again. Military campaigns or the polished world of international diplomacy simply doesn’t work against terrorism.

When education is separated from religion, and when religion is considered a foible of uneducated people, superstitions and radical ideas can easily flourish.

People who come up with dubious religious notions which often stand in stark contrast to the religions they claim to represent, can end up being held in the highest esteem.

An education based on true religion and an intellectual campaign against those atheistic ideologies that justify bloodshed, will help rid the world of terrorism and other radical, cruel and violent ideologies.

We must find new ways of dealing with old problems, and we must move into the era of defeating bloodshed and radicalism with science, culture and love. Much as salt dissolves in water, the terrorist mindset melts in the face of scientific discipline. Terrorism and radicalism cannot be defeated by the force of arms, no matter how technologically sophisticated or overwhelming it may be. Terrorism and the spirit which animates it can only be defeated with a thoroughgoing intellectual struggle. 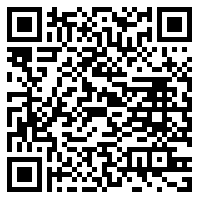