On mornings when the kids aren’t with me, I wake up with heart palpitations and a profound sense of dread. The children are the reason for most of my existence. I look at each of them and get to experience my own essence, but upgraded: with the clock turned back and with an opportunity to do things again, only better.


Pregnancy and birth were powerful experiences for me. An internal earthquake. The children forced me to become a better person, when I’m with them and when I’’m not. They bless me with emotions that I would probably view as clichés had I not had children: pride, worry, joy. If anyone reading this is contemplating divorce, think about this: Can you imagine being away from your children half of every week? Every other holiday? For me, it’s a nightmare.

Every person has the right to be a parent. It is so basic that it’s strange that it even needs to be said. Every person is worthy, fit, deserving and must become a parent, regardless of their physical or mental state, sexual orientation, financial status, background, beliefs, strange hobbies, flaws or character.

When I was studying communications, my teachers taught me that a story that can’t be told in one sentence will never stick. The recent groundswell of LGBTQ protests, which raises a lot of valid points that need to be addressed, chose to focus on the fact that gay men are being “prevented” from becoming parents. The protests came in response to a surrogacy law that conspicuously excludes men from using the services of surrogates to bear children. So while the “prevention” is catchy, it can be summed up in a sentence, and it definitely swept up the masses, it is a lie.

If a man wants a baby, he can hold a baby in his arms exactly nine months from today. All he has to do is partner with a woman (not a womb) and have a baby with her. This is something that gay men do all over the world with the exception of three countries where surrogacy is legal for men. The LGBTQ protest movement seeks to circumvent the biological necessity of involving a woman in the process of making a baby. They want to split the female’s role into two—with one woman providing the ova and another woman hosting the fetus—so that they can make a baby without having to see a mother around.

Hosting a human being in your body for nine months is a process that entails dramatic psychological and physiological implications. This is not something that a man could ever understand. And we haven’t even touched on the moral implications of surrogacy.

We don’t need to go as far as the notorious baby farms in the Far East to make this point. But we also mustn’t be fooled by the educated, financially secure surrogates that were interviewed on Israeli television this week. According to a 2012 Knesset Information and Research Center report, 70 percent of Israeli surrogates received only a high school education and 17 percent of Israeli surrogates did not complete high school. Only 7 percent of surrogates went on to study in higher learning institutions. About a quarter of surrogates in Israel were unemployed when they began the surrogacy process and among the employed surrogates, most were earning minimum wage when they signed on.

Surrogacy is intended to be used by women whose own wombs are incapable of carrying their child—not for men who want to take advantage of a woman’s uterus. It is not meant for single men, or straight men, or for gay men, whether they are single or not. It is not meant for women who chose not to carry their own children because of vanity or career considerations. It is not even meant for women who suffer severe medical conditions during pregnancy. Because of the ethical and emotional implications of surrogacy, it should be a last resort that comes in only when there is an irresolvable medical obstacle that prevents a woman from carrying her own child.

The comparison—between a woman who tried to conceive unsuccessfully for years on end, and a man who could easily conceive but prefers to have a child without having to meet the child’s mother—is offensive. Surrogacy will always be a controversial issue, and only the anguish of women who have tried everything to have a child and couldn’t could possibly justify doing it. But in the absence of a clear line between a necessity and a choice, surrogacy may have to be outlawed altogether.

The last week has forced all of us to decide where we stand: Are you a part of the light or the darkness? No nuances. No debate. Every argument raised was aggressively rejected with claims like “you don’t believe homosexuals have a right to exist.” When Jerusalem’s chief rabbi was recorded saying in a private conversation that he believes that a child needs a mother and a father, Zionist Union Knesset member Shelly Yachimovich labeled him a “despicable homophobe.”

When we heard this week on every news program about gay couples who had to travel to the ends of the earth to be blessed with a child, it was impossible not to shed a tear. People are willing to go to hell and back for the joy of holding a baby in their arms. So there you have it; the hell that a heterosexual couple endures doesn’t make good television, but it is no less horrible. A heterosexual couple goes through treatments, injections, egg retrievals, embryo transfers, miscarriages; they invest years. The process often drains their bank accounts and their bodies. Then, even when they are approved for a surrogate (approvals are given with extreme caution and very seldom, requiring countless forms, documents and bureaucracy), they often can’t find one.

It’s strange … after two weeks of constant testimonials by surrogates who carry other people’s fetuses for altruistic reasons, it almost seemed as though every healthy woman in Israel is lining up to be blessed with the opportunity to perform this mitzvah. But the reality is different. The search for a legal surrogate in Israel normally takes six months to three years. Close friends of mine went through this process after the woman had to have an emergency hysterectomy. They sold their house to fund the surrogacy, and then spent two years looking for a woman who would do it. Two years.

The situation is so dire that in recent years the approval board has been authorizing married women to serve as surrogates, in violation of the law, but only if the intended parents are able to prove that they’ve exhausted all the avenues in search of an unmarried surrogate and were unsuccessful.

There are a few hundred couples currently waiting for a surrogate to donate her uterus. The gay community is seeking tens of thousands of walking uteruses. Where do they think they will come from? Are we to import foreign women to work here as human incubators? Are we going to start seeing baby farms in Tel Aviv (with comfortable conditions and air conditioning maybe, but baby farms nonetheless) populated by women from poor countries that come here to grow fetuses for men? This is not the handmaid’s tale, but it also isn’t the family’s tale. We need to apply some critical thinking to this question.

And on a separate note, I need to address the fact that the massive rally in support of LGBTQ rights was held on the same day as Tisha B’Av. The timing was a display of tone deafness of the worst kind. Can anyone imagine a rally of any kind being scheduled to coincide with Holocaust Remembrance Day? For a religious person, or anyone with a national-historical awareness, the two are exactly the same. This year, Tisha B’Av—a day of mourning and fasting—divided the people. Tens of thousands of Israelis waved colorful flags and marched to dance music in the Tel Aviv, while tens of thousands of other Israelis visited the Western Wall for a sad day in black and white. The rest of Israel stayed home, forced to choose whether to mourn the historical tragedies that befell the Jews in the past or wishing for a rosy future with the demonstrators.

Perhaps we don’t have to pick a team.

Digital-media expert Roni Arazi noted a spike in Google searches related to the Tisha B’Av fast. Israelis were looking for when the fast begins and how to fast. When was this spike recorded? Mid-day on Saturday, when the Jewish Sabbath prohibits using the Internet. The conclusion? Thousands of Jews who do not observe Shabbat laws became interested in observing the fast. I often see women arriving at the mikvah (a Jewish ritual bath) by car on Shabbat, when driving is also forbidden by Jewish law. Years ago, I met a woman who casually told me that she “kosherizes” the meat of non-kosher animals before eating it. I am not dwelling on her error, I am simply interested in the path that Israelis and Jews tread, back and forth, outside the box. We want to live here together, we want gay people to be happy, and they had a simultaneously colorful and sad Tisha B’Av. 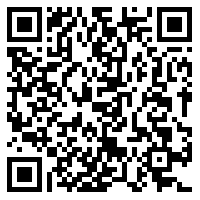