The Nobel Peace Prize is awarded in the fall to a living person who has fought for peace. If Volodymyr Zelensky lives until then, he will certainly be the prime candidate for that important recognition. The specific criteria listed in Alfred Nobel’s will are limited to advancing “fellowship among nations”, helping to reduce “standing armies” and promoting “peace conferences.” But the Committee has broadened them to include protection of the environment, promotion of free speech and other activities that oppose war. Zelensky would seem to meet these broadened criteria.

The prize is awarded only to living recipients. The question is, will Zelensky be alive in the fall? He himself has acknowledge that he is Russian’s “number one target,” and we know from tragic experience how Putin deals with his targets. They are poisoned, thrown out of windows and killed in other brutal and sometimes subtle ways. Accordingly, the Nobel Committee should break with tradition, meet now and award Zelensky the prize. This may not save his life, or the lives of heroic people of Ukraine, but it may make it just a little bit harder for Putin to incur the wrath of the entire world by murdering the holder of the Nobel Peace Prize.


Over the years, the Peace Prize has been awarded to the best of people, including Elie Wiesel, and to the worst of people, including Yasser Arafat. The Committee likes to say that its nomination is designed not only to award past actions, but also to influence the present and the future of peacemaking activities. No award could meet those criteria as effectively as the Peace Prize for Zelensky.

In war and in peace, timing is everything, and this is the time for the Nobel Committee to make its contribution to peace in Ukraine. It may have no influence on the massacres that are occurring. Putin seems oblivious to international condemnation. But there is no harm in trying. Even if awarding Zelensky the Nobel Peace Prize fails to influence Putin’s conduct, it will send a powerful message to a largely, but not completely, unified world.

The Nobel Peace Prize is not awarded by the United States, or by the European Union, or by NATO. It is a universal prize that has been awarded to people from the most disparate of nations and the most diverse political views. It would be difficult even for Putin to distort the award into an attack by the West, by imperialists, by capitalists, or by — to use his malaprop — Nazis. It would show him and his people how united so much of the world is against his increasing brutality.

In March of 2014, Putin himself was nominated for the Nobel Peace Prize. Hitler had been proposed in the 1930s. And other villains have been on long and short lists in the hope that their inclusion might influence their behavior. That has not worked. Neither did the selection of Yasser Arafat change his terrorist mindset or actions. What Putin is doing is pure evil with no justification. What Zelensky is doing and saying is pure good with every reason to encourage such actions by others. It is rare, at least since the end of the Second World War, to experience such a clash between evil and good. To be sure, there have been other massacres and even genocides, but the invasion of an entirely peaceful nation cannot go unrecognized by a committee whose agenda includes rewarding the past and influencing the future.

If the Peace Prize awaits the usual schedule in the fall, Zelensky may not be alive to accept it. In that tragic case, it could be given to the Ukrainian people for the massive and costly resistance they are putting up to Russian aggression. An award that recognizes this collective heroism might well encourage even greater resistance by other nations threatened by naked aggression.

But a living, resisting Zelensky, accepting the world’s most prestigious prize on behalf of his people, would do more to discourage aggression against the innocent than some kind of memorial award to a martyred hero.

So, the question is not whether Zelensky deserves the Prize. He does. The only question is when he should get it. And since the Nobel Committee does not award prizes posthumously, the answer seems clear. Accordingly, as an emeritus professor of public law who is eligible to make nominations, I will be nominating Zelensky for this year’s Nobel Peace Prize and urging the Committee to award it now. As the great Rabbi Hillel once said: “If not now, when?” 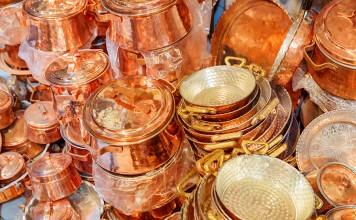 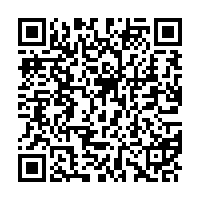