We have recently seen a flexing of muscles by two distinct anti-Zionist Jewish camps: theological anti-Zionists and political-anti Zionists. But while both oppose the state of Israel, only one is truly dedicated to its destruction. The other advocates a different governing structure of the land until Moshiach arrives.

Theological anti Zionists are represented most prominently by Satmar chassidim, who recently held a huge anti-Zionist rally in the New York City area. In a nutshell, Satmar ideology maintains that a Zionist government in Israel is an affront to Orthodox Judaism’s Messianic tradition.


In truth, most charedim subscribe to this ideology, even if Satmar expresses it much more vehemently. This ideology manifests itself in a number of ways, from not observing Yom HaAtzma’ut to not saying certain prayers for the State of Israel. And yet, despite rejecting the theological underpinnings of modern Zionism, the majority of “ultra-Orthodox” Jews in the Diaspora visit Israel, send children to study in Israel, conduct business in Israel, own apartments in Israel, or even move to Israel.

In other words, while they publicly reject the Zionist government, they profess and act on a deep love of Zion. Orthodox Jews have an undying and visceral connection to, and love, for Eretz Yisrael and a great love for Am Yisrael in Israel and the Diaspora. Other than a few unhinged individuals who belong to Neturei Karta and are rejected by all mainstream groups, ultra-Orthodox Jews would not think of doing anything that would put Israel in danger.

Let’s now contract them with political anti-Zionists. included in this group are new organizations like IfNotNow – who discourage young Jews from attending Birthright – and J-Street, which is directly connected to BDS groups around the world.

These are not fringe groups; they are the mainstream representation of secular Diaspora Jewry. And they actively work to harm Israel and the Jews in it, both economically and physically.

These people have no “love of Zion” and many do not visit, support, live, or in any way have a connection with Israel other than promoting its destruction via economic, militarily or demographic means. These groups actively participate in the war against the Jews of Israel, and should be condemned at all levels of organized Jewry.

Unfortunately, the exact opposite is now occurring. Viciously anti-Zionist and anti-Eretz Yisrael groups are being feted and welcomed by many mainstream Jewish organizations, Federations, non-Orthodox Rabbinical schools, Hillels, and non-Orthodox summer camps.

While the recent Satmar anti Zionist rally must be condemned for giving ammunition to Jew haters, let us not forget these Jews’ love of Eretz Yisrael and its Jews. We cannot condone their public displays of anti-Zionism, but they do not represent the clear and present danger that secular political anti-Zionists do. If the latter had their way, both the State of Israel and Eretz Yisrael would cease to exist.

We therefore must condemn secular political anti-Zionist groups at the highest levels, and completely shut them out of Jewish organizational life. I am not questioning their right to free speech. They can say what they want, but we shouldn’t welcome them with to our schools, Federations, and Hillels. 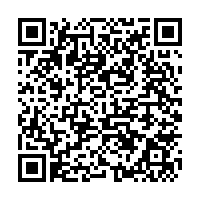