During the most recent conflagration between Israel and Hamas on the Gaza border, large protests against Israel broke out in the US. The extremely large turnout was reflective of the nexus of the BDS movement joining forces with BLM, Palestinian organizations and other left-leaning groups. Thousands of protesters in large cities from Los Angeles to New York protested against Israel in its war against Hamas.

One question that stands out is why is there no grassroots BDS movement for any other country in the world? Surely, other countries do bad things that merit the attention of students and activists, so why aren’t they also targeted for economic punishment? When one points out that sanctioning only Israel is an antisemitic act, the rejoinder is usually to the effect that Israel may be the subject of “reasonable criticism”. And that point is true: Israel, like all nation states, is imperfect and as such, can be and often is criticized for actions or policies that it enacts. How can one tell if a complaint against Israel is fair or biased? The answer is actually pretty simple.


Whatever criteria BSD’ers use to single out Israel, there are other countries who do the same or worse. Why aren’t those countries ever sanctioned, boycotted or divested from? Where are the special UN sessions on countries that routinely torture or kill their own citizens or hold land that they took in offensive wars? In short, where are the other BDS movements? What are the arguments for sanctioning only Israel?

1. Israel conquered and holds Palestinian lands in an illegal manner. Let’s agree for the time-being. Turkey conquered and has been holding half of Cyprus for nearly 50 years, and Russia holds parts of Georgia and Ukraine after military intervention. China controls Tibet. Has anyone ever heard of BDS Turkey? BDS Russia or BDS China? Have you seen students at fine colleges demanding that the faculty divest from companies that sell tractors to Russia or warplanes to Turkey?

2. Israel wantonly kills Palestinians, actually performing “ethnic cleansing”. Again, let’s agree for the moment, though the claim is not backed by any statistics or facts on the ground. China has set up concentration camps for its Uighur population, and Syria killed tens of thousands of its own citizens to keep the Assads in power. BSD Syria anyone?

3. Israel was involved in “war crimes” in its wars with Gaza. Again, let’s agree for the sake of argument. What of Hamas hiding weapons in mosques and schools? What of their using children as human shields and soldiers? What of their intentional attacks on civilian and non-military targets? What of their years of suicide bombings against unarmed civilians? Where is BDS Hamas? And what of the Palestinian Authority, with its routine imprisonment of political opponents and harassment of the press? The Palestinian Authority was behind numerous attacks during the Second Intifada in which civilians were killed and injured (including this author). Where is BDS Palestine?

Someone who was sincere in his/her complaints about Israel would raise similar concerns about the other actors mentioned above. But the reality is that there are no other BDS movements beyond the one focused from universities to the streets on Israel and Israel alone. And that is the reason that BDS arguments do not fall under the rubric of “reasonable criticism”. If a history professor was truly convinced that conquering and holding others’ land was worthy of sanctions, then she ostensibly would protest many countries in the world that hold land that others claims to be their own. Even to this day the Japanese want land taken by Stalin at the very end of World War 2, after they had already surrendered! Has anyone ever organized a BDS event to help the Japanese get the Sakhalin Islands back?

BDS is not a sincere “pro-Palestinian” movement as much as it is traditional antisemitic program with a thin veneer of calling out Israel. Again, if BDS “activists” were truly interested in justice for the conquered, exploited, or harmed, they would be demanding sanctions on numerous countries including Iran for its torture and murder of its own citizens, including homosexuals. Let’s not forget Cuba with its tens of thousands of political prisoners who are routinely tortured. No, BDS is the same old antisemitic story, post-Holocaust. After the murder of six million Jews by the Nazis, it was simply not fashionable any longer to call for the death of Jews, though some in the US and Europe now do so openly. So they attack Israel—and only Israel—and claim that their demands for sanctions and boycotts are based solely on Israel’s behavior, though others do worse and have done so for far longer. BDS has routinely defamed Israel, and the Jews among them should be ashamed of singling out the Jewish state when other countries actually do kill and torture their own citizens. A truly pro-Palestinian movement would demand of the Palestinians to stop violence against civilians and to reform its own society (starting with fair elections after 17 years) to be ready for the statehood they want. BDS demands nothing of Palestinians, including Hamas, Palestinian Islamic Jihad and other dedicated terrorist entities. The BDS followers hate Israel and no long distinguish between the territories and Israel proper for their ire. They want Israel destroyed but need to claim some higher moral ground so as to hide the program’s antisemitic intentions. They are no different or better than antisemites throughout the ages and they could not care less about the Palestinians, whom they use merely as a vehicle for venting a “kosher” version of age-old antisemitism. When students and faculty call out Turkey, Iran and other bad actors with large and loud demands for economic sanctions, then we will know that BDS has turned a corner on its antisemitic, Israel-focused harassment and may truly be concerned about the issues it pretends to hold dear. Don’t hold your breath on that one.

The lack of interest in boycotting and sanctioning other countries where conquest, murder, and war crimes truly are routine shows the BDS folks for what they are: a bunch of pampered Western frauds. Does any other country warn the residents of a building to get out before the building is attacked during a hot war? Israel has done so in the recent as well as previous Gaza conflicts. Sounds like the opposite of ethnic cleansing. What of the sister of a Hamas leader getting medical care in Israel during the last conflict? And forget about apartheid. Every Israeli Arab has the exact same right to vote like his Jewish counterpart. And yes, picture ID’s are required to vote and nobody thinks that it is a form of racism. At the time of this writing, Arab Israeli parties sit in both the government and in the opposition. The Palestinians have the right to vote for their own leaders, and it is not Israel’s fault that Fatah does not want to lose to Hamas again and thus endlessly puts off Palestinian elections, routinely blaming Israel when their problems are of their own making. There is no apartheid here, only integrated Israeli Arabs and Palestinians under their own futile leadership.

If the BDS movement wants legitimacy, it needs to expand its program and take its focus off of Israel. Let it define why it has singled-out Israel for such strident censure and let it add countries whose behavior is similar or worse by their own definition. If the BDS cowards can’t protest against Turkey or Russia out of fear or ideology, then their protests against Israel are just antisemitism in a self-serving wrapper. If BDS wants to be a pro-Palestinian cause only then it needs to explain why it demands nothing from the Palestinians, including demanding an end to attacks on civilians and rocket attacks against civilian populations in exchange for their support. The BDS clowns enjoy seeing Hamas shoot rockets at Jews and would not understand why they should want fewer attacks against them. If BDS does not expand its menu, then it is what it is: 21st century antisemitism. And during those large protests mentioned above, American Jews were attacked in several cities. Not surprising when the underlying theme of those rallies was antisemitc 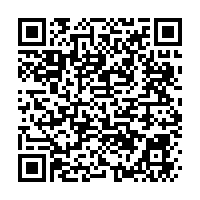